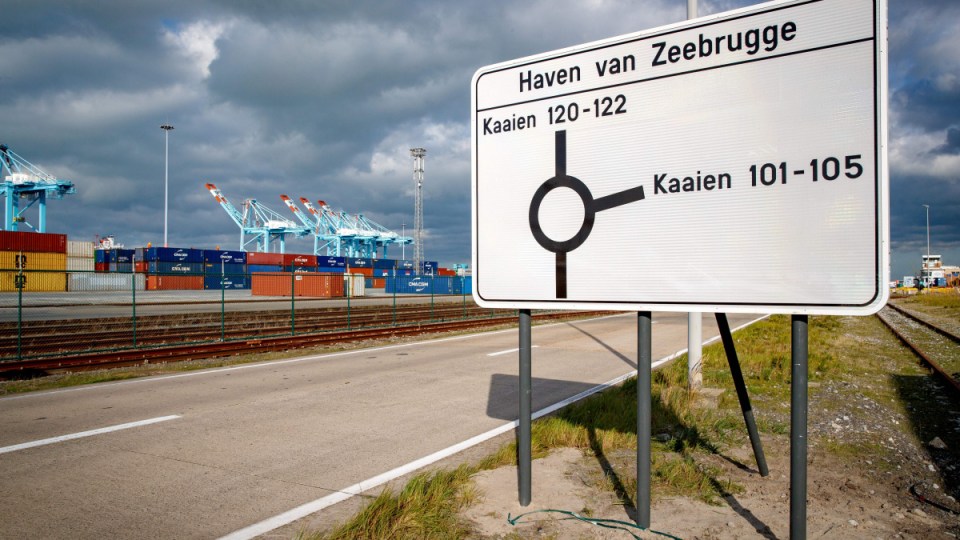 Traffic signs at the Belgian port of Zeebrugge, where it's believed migrants travelled in a truck to cross to the UK. Photo: Getty

Belgian police have found 12 migrants stowed away in the container of a truck in northern Belgium.

The driver called police after he found the men –11 Syrians and one of Sudanese origin – in the back of the truck on Wednesday.

Pressure is on Belgium to crackdown on border security following the tragic deaths of 39 people found dead in a refrigerated container in Essex last week.

Police believe the men and women in the Essex case had travelled across Europe before climbing into the back of a trucking container to travel the final leg, via ferry, from Belgium to the UK.

Migrants sometimes choose refrigerated trucks to cross borders because it’s more difficult for dogs and heat scanners at checkpoints to detect people inside .

A multinational probe continues into the tragedy, as Essex police search for criminals they believe are part of a global people smuggling ring.

Among the suspects is Ronan Hughes, 40, and his brother Christopher, 34, from Armagh in Northern Ireland. Police are hunting for the men on suspicion of manslaughter and human trafficking.

Another three people were arrested and then bailed, to face court in November.

In the latest people concealment attempt, the eagle eyes of the truck driver who phoned police may have helped save lives.

Like that on the truck at the centre of the Essex case, the container found in Turnhout was refrigerated. The driver was transporting fruit and vegetables and had stopped for the night at a rest stop near the E34 highway.

Belgian paper De Morgen reported that the truck driver had noticed that the seal on the trailer was broken.

Police took the group to the Immigration Office in the city of Antwerp.

All were in good health, police said.

Investigations are now underway to determine the planned route of the truck, how the migrants climbed on board and if they were trying to reach Britain.