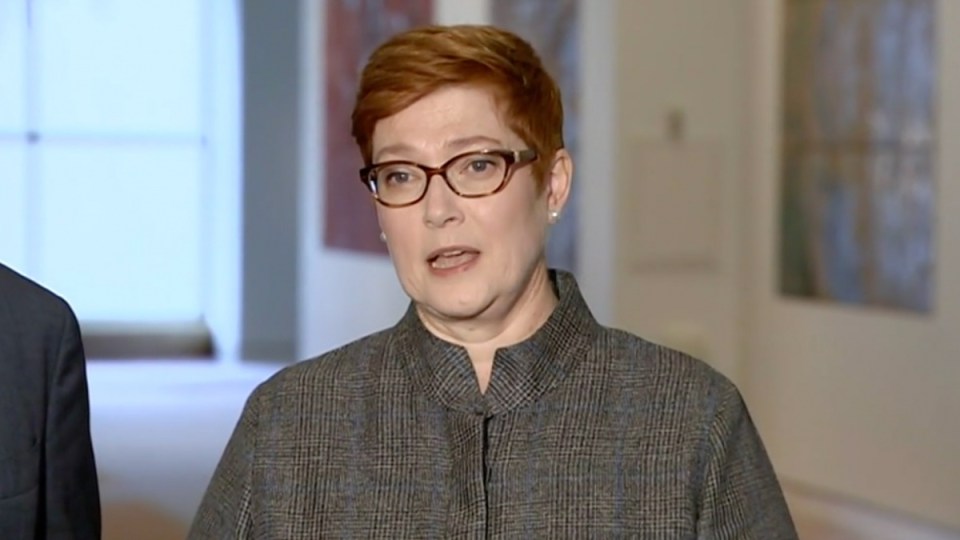 Chinese Foreign ministry spokesman Geng Shuang told a regular press briefing on Wednesday (local time) that Senator Payne’s comments from the previous day – in which she said China must be held accountable for rights abuses – had “ignored the facts” and were made “out of political necessity”.

“Such ill-advised remarks will not help to improve or grow relations with China,” Mr Shuang said.

“We have lodged stern representations to the Australian side and pointed out the inappropriate nature of her conduct.”

Senator Payne had said Australia would lead best internationally by being an example to others, with the defence of the rules-based international order as the country’s primary goal.

In a speech to the University of Sydney’s US Studies Centre on Tuesday, Senator Payne said shifts in economic and strategic weight on the international stage had forced Australia to adapt at an ever-increasing pace.

A new range of actors, from terrorist groups to global corporations, had also grown in international importance due to modern technology.

This was particularly the case in the Asia-Pacific region, where Senator Payne admitted an environment of great-power competition had arisen between the US – the status quo major power – and a rising China.

However, she said Australia could best follow its own interests in a contentious environment by leading through example.

China’s Foreign Ministry says it has lodged ‘stern representations’ with Australia over @MarisePayne‘s speech, in which she said Australia would continue to advocate for human rights, including with #China

“That means trading freely and fairly, pulling our weight to maintain a stable and prosperous region, not standing idly by when other countries are coerced, speaking honestly and consistently about human rights,” Senator Payne said.

She listed several ways that Australia was showing leadership globally, from criticism of Saudi Arabian human rights violations to the plight of Myanmar’s persecuted Rohingya minority.

Senator Payne said Australia had expressed concern to China about its repression of ethnic Uighurs in the western Xinjiang region.

In an implicit criticism of Chinese accusations of domestic meddling, she said speaking out “does not constitute interference in another country”.

“Overwhelmingly, free and self-governed people behave better towards each other and the rest of the world,” Senator Payne said.

She also said Australia would attempt to marshal support to evolve international institutions such as the United Nations.

“It is important to prioritise our efforts. We must pursue reform of the institutions that are most relevant to Australia’s interests,” Senator Payne said.

That included leadership in the space and cyberspace fields.

However, Senator Payne made no reference to the “negative globalism” espoused by Prime Minister Scott Morrison in a foreign policy speech earlier this month, in which he warned against centralised power in international bodies.