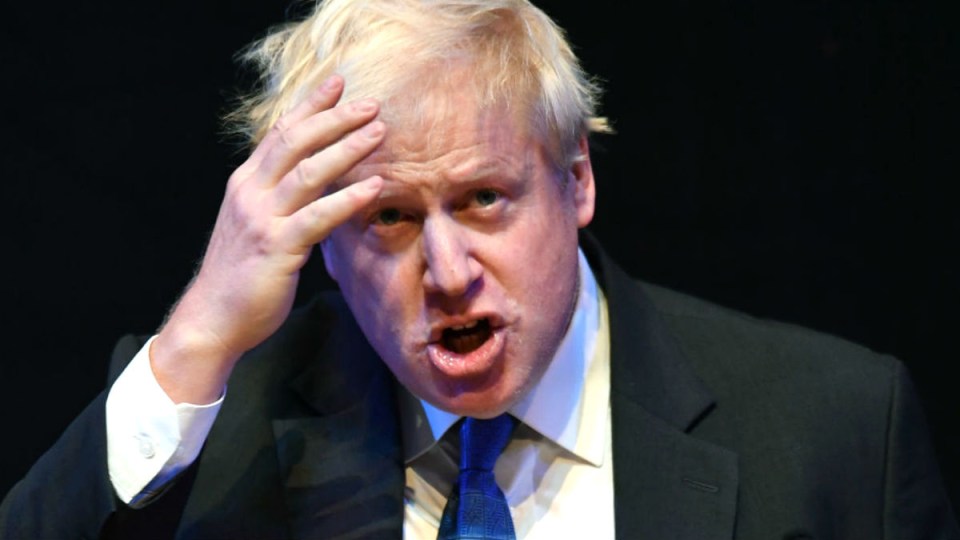 Boris Johnson, who swore he would lead Britain out of the EU deal or no deal, has changed his tune. Photo: Getty
breaking

The British people look almost certain to be asked whether Boris Johnson’s party should remain in power, in a pre-Christmas general election set to act like an unofficial vote on the future of Brexit.

Early Wednesday morning, legislation to hold a general election on December 12 passed the House of Commons. MPs had earlier rejected the opposition’s proposal for a December 9 polling date.

It will next go to the House of Lords before an election date is officially announced.

MPs voted against changing the date of the election to 9 December. pic.twitter.com/j15ccLyPod

On Tuesday night, opposition Labour leader Jeremy Corbyn told his top team of policy advisers the party’s condition for supporting a new election have been met and “we will now launch the most ambitious and radical” election campaign.

“We’re going out there to win,” he told the BBC.

“We’re now going to be out on the streets for about six weeks (campaigning) – it’s going to be fun.”

According to his office, the Labour leader told his shadow cabinet: “I have consistently said that we are ready for an election and our support is subject to a no-deal Brexit being off the table.

“We have now heard from the EU that the extension of Article 50 to 31st January has been confirmed, so for the next three months, our condition of taking no deal off the table has now been met. We will now launch the most ambitious and radical campaign for real change our country has ever seen.”

What are they arguing about now?

Early on Wednesday morning (Australian time), Boris Johnson’s election bill passed its first hurdle. The House of Commons was then arguing over whether to hold the election on December 9 (the opposition’s preference) or December 12 (preferred by the government).

A few days difference doesn’t seem like a big deal, but the Liberal Democrats and Labour were concerned students may miss out on voting because the proposed date coincides with the end of university semester.

They had earlier also pushed to broaden voting rights, calling for voting eligibility to be given to 16 and 17 year old, and EU citizens living in the UK. But PM warned the election bill would be withdrawn altogether if those measures remained on the table.

EU has a warning

Meanwhile, whatever happens on polling day, it looks like the EU is not keen to give the British government any further wriggle room on a Brexit date.

Boris Johnson promised the British people that the UK would leave the EU by this Thursday. But on Monday, EU member states agreed to grant Britain a three-month delay after British lawmakers couldn’t decide on exactly how to proceed with the exit.

The so-called “flextension”, pushing the leave date to January 31 next year, would allow Britain to leave earlier if the withdrawal agreement could be ratified.

Now it looks like the EU has had quite enough of the delays.

Council President Donald Tusk tweeted: “To my British friends…The EU27 has formally adopted the extension. It may be the last one. Please make the best use of this time.”

To my British friends,

The EU27 has formally adopted the extension. It may be the last one. Please make the best use of this time.

I also want to say goodbye to you as my mission here is coming to an end. I will keep my fingers crossed for you.

It’s not all about Brexit

Besides holding another referendum, a general election could be the only way to end the Brexit deadlock.

But with voters signalling they’re sick of politicians going around and around on Brexit talks without a solution, the government and opposition will need to have more to offer over the next six weeks of campaigning.

That point is certainly not lost on Labour, who have in recent weeks been spruiking election promises such as controversial plans to push for a 32-hour working week.

When it comes to Brexit, Brits are twice as likely to think that the priority should be getting the Brexit bill through parliament (45%) rather than a general election (22%) https://t.co/C4gu7nyedp pic.twitter.com/DUzmCFPYwm

Conservative MP Bob Seely said an election must happen so that parliament could move on an focus on issues other than Brexit.

“We need a new Parliament, because we simply spend too much time talking about the same old thing, talking about Brexit endlessly and there is so much else out there,” Mr Seely said.

“There are so many other things that we need to debate, I am very interested to debate the rise of autocracies in the world, we have very significant issues regarding Huawei.

“This Parliament is really reaching new levels of absurdity.”

70% of the public say they have Brexit fatigue. This has increased six percentage points from when last asked in March of this year https://t.co/eq55768ioc pic.twitter.com/XMLqG32Wl2

Mr Corbyn spoke of giving the people “hope where there isn’t one with this government”.

“We want to be able to say to the people of this country there is an alternative to austerity,” he said later.

“There is an alternative to sweetheart trade deals with Donald Trump.”

The UK set for December polling, as parliament votes on general election