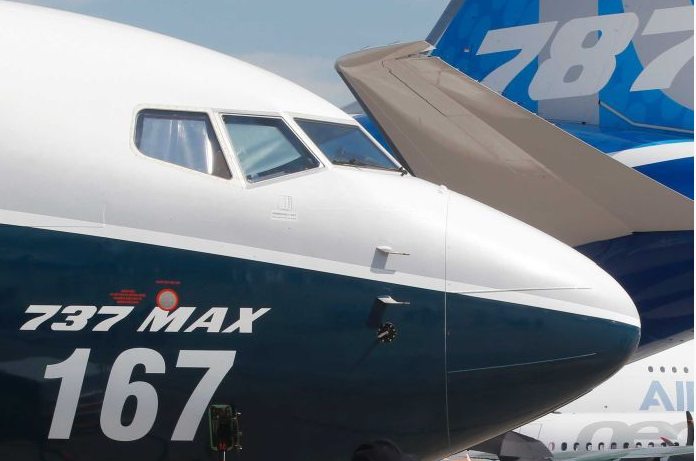 Boeing has been accused of setting passengers and pilots up for deadly failure. Photo: AAP

The anniversary of the Lion Air crash that killed 189 people has been marked by an emotional appearance by Boeing CEO Dennis Muilenburg before the US Congress.

Mr Muilenburg was called to Washington to answer questions about the certification of the grounded 737 Max planes, but he also faced accusations of “setting pilots up for failure” and putting passengers into “flying coffins”.

“Those pilots never had a chance,” Senator Richard Blumenthal said at the hearing on Tuesday (local time).

Passengers “never had a chance. They were in flying coffins as a result of Boeing deciding that it was going to conceal MCAS from the pilots”, he said.

Mr Muilenburg also apologised directly to victims’ family members – about 20 of whom were at the hearing, carrying large photos of their loved ones – and said the plane manufacturer was committed to safety and to learning from the crashes.

“We’ve been challenged and changed by these accidents. We’ve made mistakes and we got some things wrong,” he said.

As Boeing CEO Dennis Muilenburg leaves the room, Nadia Milleron, mother of Samya Stumo, a victim of the Ethiopia crash, says: "Mr. Muilenburg, turn and look at people when you say you're sorry."

He turns around, looks her in the eye, and says "I'm sorry."

Mr Muilenburg has also apologised directly to families of those who died in the Lion Air crash in Indonesia.

“We are deeply sorry and grieve for the loss of life,” he said in a statement run by Boeing in Indonesian newspapers on Tuesday.

Lion Air’s almost-new Boeing Max aircraft was flying from Jakarta to the town of Pangkal Pinang, on the Bangka-Belitung islands off Sumatra, when it crashed within minutes of take-off.

“This cannot be forgotten because it was such a tragic and unbelievable event,” said Epi Samsul Komar, whose 24-year-old son, Muhammad Rafi Andrian, was on the doomed flight, JT610.

“Hopefully this flower-scattering ceremony can heal our longing for our child,” Mr Komar said.

He was among the families of victims who went by boat to the crash site off the West Java district of Karawang to throw petals into the sea, a tribute they also performed last November 8.

Tuesday’s event came days after Indonesian investigators issued their final report on the disaster, setting out Boeing’s failure to identify risks in the design of cockpit software and recommending better training for Lion Air’s pilots.

The fatal crash, followed within five months by another at Ethiopian Airlines, led to a global grounding of the Boeing 737 Max and a crisis for the world’s biggest plane maker.

A tribute video featured photographs of the victims in happier times.

Indonesian regulators criticised the design of the 737 Max’s anti-stall system, known as MCAS. It automatically pushed the plane’s nose down, leaving pilots fighting for control.

Investigators attributed the Lion Air crash to several factors, including design flaws and inadequate regulatory oversight, as well as errors by pilots and engineers.

Boeing settled first claims with family members’ representatives in September. Sources say grieving family members are set to receive at least $US1.2 million ($A1.75 million) each.

That figure is compensation for a single victim without any dependents, the sources said.