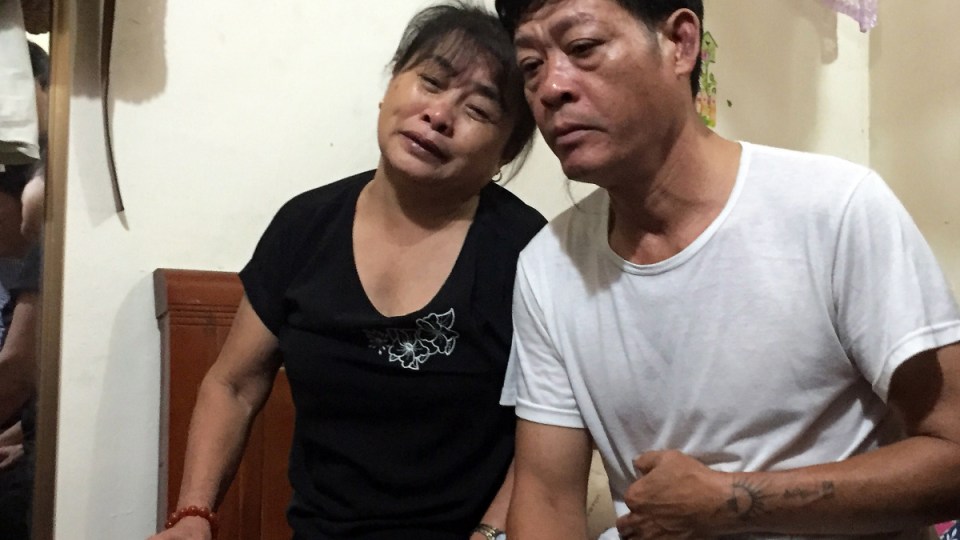 The man charged over the deaths of 39 people found dead in a refrigerated truck container will face a British court on Monday, while police have confirmed three other suspects have been released on bail.

Officers are investigating whether the tragedy was linked to a wider human trafficking plot, and the possibility the truck was part of a convoy carrying other smuggled migrants.

Relatives of 25-year-old Maurice ‘Mo’ Robinson have travelled from Northern Ireland to support the accused man, who is facing 39 counts of manslaughter as well as a string of other charges related to human trafficking and money-laundering. The court case will be the first time Mr Robinson has been seen in public since his arrest last Wednesday.

Meanwhile, other families are coming to terms with the reality they will never see their children again, as they reveal how they are helping in the complex case.

The tragedy has plunged the people of Nghe An province, in north-central Vietnam, into mourning as it becomes increasingly likely the majority of the dead were from that area.

Detectives have found more than 500 personal items in the back of the container, which – along with personal markings such as tattoos – they will use to confirm the identities of the 39 found dead.

Families have confirmed they have now provided crucial evidence to police, including hair samples that will be used in DNA-matching.

And while they are holding out hope that the identification process will rule out their loved ones, they expect the worse.

As villagers gathered to pay their respects at makeshift shrines set-up in homes, and at more formal events at local churches, families revealed details of the last words they heard from the missing. They’ve also given police insight into how the people made their way to the UK.

Le Minh Tuan told The Guardian that his son Le Van Ha had phoned him last Monday. The son told his father “I have made it to France…and I am about to get in a car to England.”

Ha, a father of two, had left the farming community of Yen Hoi, in Vietnam’s Nghe An province, in July, after losing his job. In search better employment prospects, he had flown first to Ho Chi Minh City, then travelled to Malaysia, then Turkey, then Greece and on to France. It’s believed he never made it to his intended destination.

“Ha just wanted to provide for his family,” the devastated father told The Guardian. “He was a good man who never let anyone down.”

In the same district, mourning services have been held for 26-year-old Pham Thi Tra My.

The family has not heard from her since a final text message.

“I’m sorry, Mum and Dad. My path abroad was not a success. I love you both so much,” it said.

The three people released on bail include Thomas and Joanna Maher, a Cheshire couple who had earlier told media they had sold the truck at the centre of the case.

A 46-year-old man from Northern Ireland, who was arrested at Stansted Airport on Friday, was also bailed.

They are expected to face court on November 11.

‘I am not afraid’: The modern unknown soldier risks it all in Ukraine
Greens sign up for Labor’s looming jobs-and-skills summit as Liberals stick with boycott
Joe Biden’s $430b green victory for the environment
China cementing its Thailand ties with joint military exercises
NRL: Titans frantic to end 10-game losing streak as Manly showdown looms
AFL: Western Bulldogs cling to finals hopes after GWS thriller
‘You can’t fight this’: Wildfires and winds force mass evacuations in California
Today's Stories