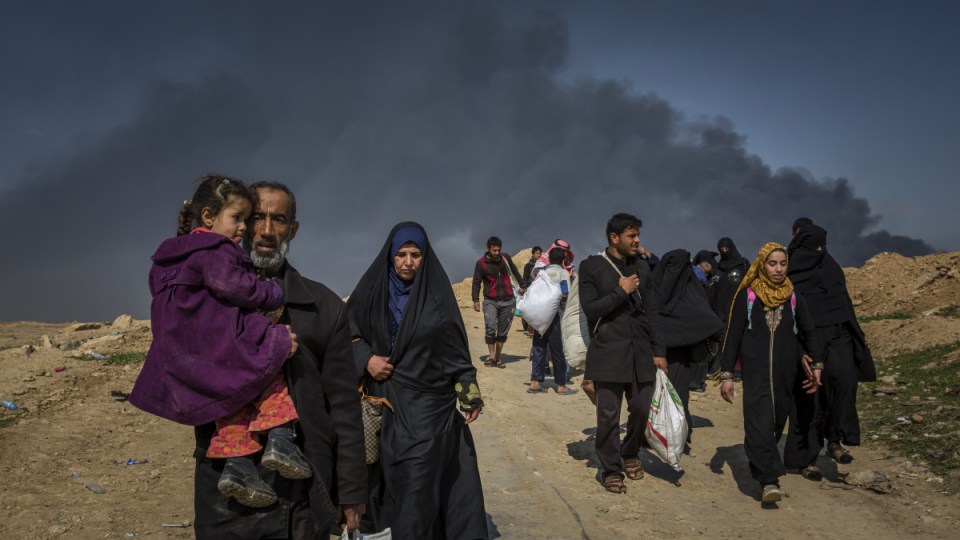 He had been hunted for more than a decade, and the organisation he had built was designed partly on the assumption this day would come.

The violent death of Abu Bakr al-Baghdadi, leader of the Islamic State, in a raid by US forces announced on Sunday (US time) by President Donald Trump, is a significant blow to the world’s most fearsome terrorist group.

But analysts said it was unlikely to freeze attempts by ISIS franchises and sympathisers around the world to sow mayhem and fear in the name of their extremist ideology. 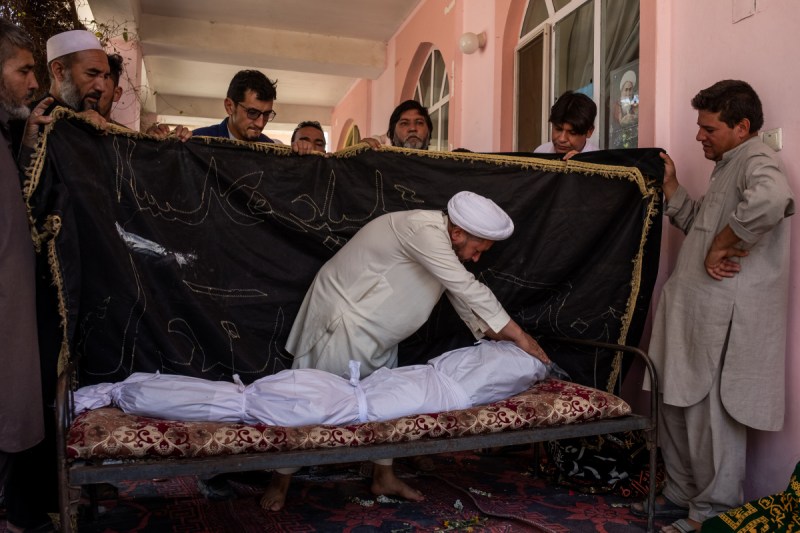 Under al-Baghdadi, ISIS largely ran on its own.

While he demanded fealty and built a cult of personality around himself – followers considered him the leader of Muslims worldwide – he was obsessed with security and is known to have given subordinates considerable latitude to act autonomously.

Numerous references in ISIS propaganda offer reminders that its leaders may come and go, but the movement remains.

After all, the ISIS founder and two successors were killed before al-Baghdadi became its leader and vastly expanded the group’s sway in the Middle East and beyond.

And in his final years, al-Baghdadi stuck to such strict safety measures that he was believed to have been surrounded by a small circle of direct contacts, including wives and children and a few trusted associates.

He limited communications with the outside world, according to US and Iraqi intelligence officials, which meant his organisation operated with sparing input from him, lessening the practical effects of his demise.

“For sure it is important, but we know from what we have seen from other organisations that getting rid of the leader does not get rid of the organisation,” said Hassan Abu Hanieh, a Jordanian expert on extremist groups.

“ISIS has created a new structure that is less centralised, and it will continue, even without al-Baghdadi.” 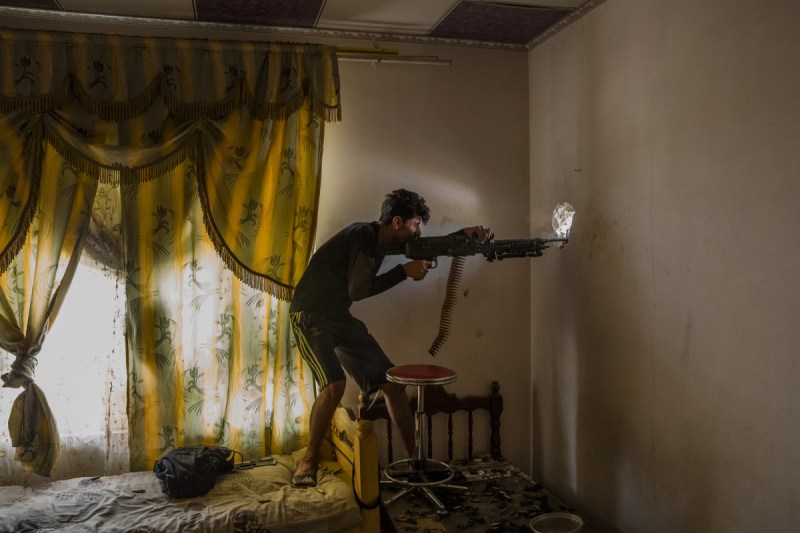 Mr Trump’s triumphal announcement that al-Baghdadi “died like a dog” in northern Syria’s Idlib province came as ISIS had shown signs of reconstituting in remnants of its self-proclaimed caliphate, which once spanned a swath of Syria and Iraq before it was destroyed by US-led forces in March.

But even as the military campaign chipped away at ISIS’s caliphate, the group was branching out, founding and supporting new franchises and cultivating relationships in Afghanistan, Libya, the Philippines, the Sinai Peninsula in Egypt, Nigeria and elsewhere.

While the branches followed its ideology, they largely operated independently, plotting attacks on local security forces, seizing control of territory or parts of cities and battling other extremist groups for resources.

Most were seen primarily as threats to their own countries or their neighbours, but US officials worried that some franchises, like those in Afghanistan or Libya, could oversee attacks in the West.

Although ISIS may now be a shadow of its former self, a recent report by an inspector general for the US-led operation against it estimated that the organisation still has between 14,000 and 18,000 members in Iraq and Syria, including up to 3000 foreigners.

But the report noted that estimates varied widely and that the group maintained an extensive worldwide social media effort to recruit new fighters. 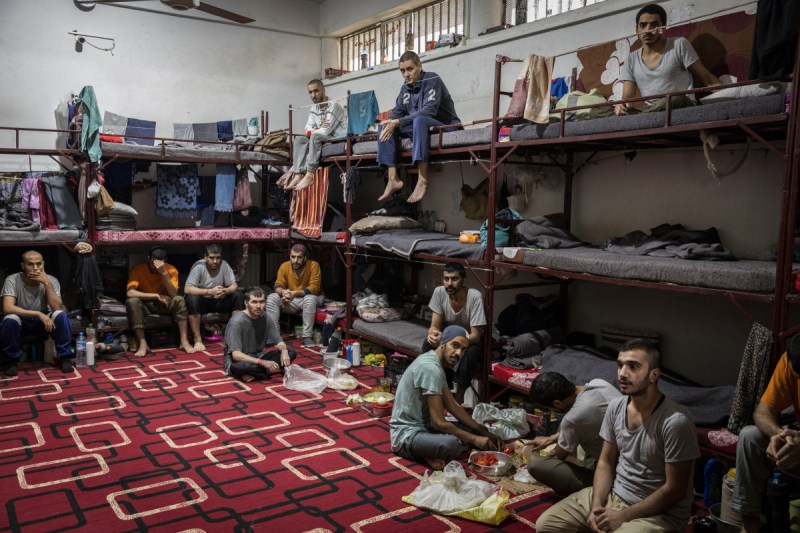 As ISIS moved away from a centralised command structure to a more diffuse model, it also intensified calls on operatives acting alone or in small groups to plan and execute their own attacks, which were then amplified by the organisation’s media network.

Under this strategy, anyone, anywhere could act in the group’s name. That multiplied ISIS’s lethality by remotely inspiring attacks, carried out by disciples who had never set foot in a training camp.

They were responsible for deadly assaults ranging from a shooting at an office party in San Bernardino, California, to a rampage by a van driver in Barcelona, Spain.

While little is known about how al-Baghdadi spent his last months, he appeared in a video released in April, sitting cross-legged on a cushion with an assault rifle by his side and praising the Sri Lanka church bombers.

In a voice message released last month, he praised the “soldiers of the caliphate” for fighting despite the group’s losses.

“They are still attacking their enemy, and they did not run away, and they were not weakened by what afflicted them, nor did they make peace with their enemies,” he said, according to a translation by the SITE Intelligence Group, which monitors extremist messaging on the internet.

“The wheel of attrition is running smoothly, by the grace of Allah, and on a daily basis and on different fronts.”

ISIS itself did not immediately comment on al-Baghdadi’s fate, and terrorism experts said his death could set off a succession struggle among subordinates.

US drone strikes and air raids have decimated the group’s top ranks, and it was not immediately clear who could replace him.

Less than a day after al-Baghdadi was killed, one of his potential successors, Abu Hassan al-Muhajir, who had been ISIS’s spokesman, was killed in a strike further east, according to Mazlum Abdi, the head of a Kurdish-led Syrian militia.

US officials could not immediately confirm whether al-Muhajir had been killed.

ISIS has repeatedly reconstituted itself after its leaders were killed.

In 2006, the US killed Abu Musab al-Zarqawi, the head of a predecessor group to ISIS, and in 2010, it worked with Iraq to kill the head of the Islamic State of Iraq, paving the way for al-Baghdadi’s ascension and the creation of ISIS in 2013.

ISIS has typically taken hold in dysfunctional societies, where war, sectarianism and the absence of state structures have created fertile ground for its message among some Sunni Muslims.

Analysts caution that while the group was largely defeated militarily in Iraq and Syria, few of the issues that fuelled its emergence have been addressed.

New waves of protests against government corruption are shaking Iraq, and the government has made only limited progress in rebuilding towns and cities destroyed in the effort to oust the jihadis.

And Mr Trump’s decision to withdraw at least some US troops from north-eastern Syria set off new violence there and raised fears about the security of ISIS prisoners held in makeshift prisons and camps run by Kurdish-led forces.

Its head has been chopped, but ISIS will survive long after Abu Bakr al-Baghdadi