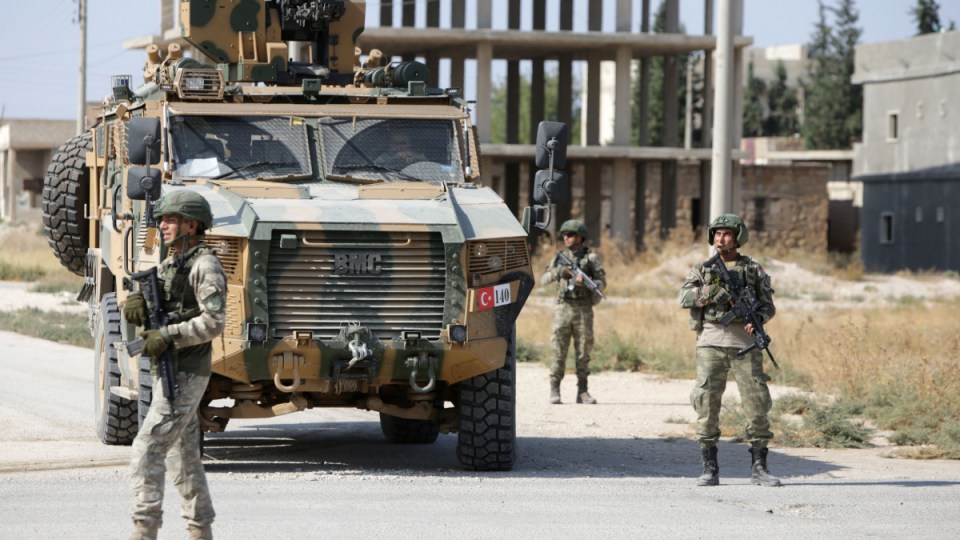 President Donald Trump’s special envoy for Syria says US forces have seen evidence of war crimes during Turkey’s offensive against the Kurds in Syria, and have demanded an explanation from Ankara.

“Many people fled because they’re very concerned about these Turkish-supported Syrian opposition forces, as we are,” James Jeffrey, special representative for Syria, said at a House of Representatives hearing on Thursday (Australian time).

But Mr Jeffrey said Americans had not seen widespread evidence of ethnic cleansing in the disputed region.

He said US officials were looking into the reports and had demanded an explanation from Turkey’s government at “a high-level”.

Mr Jeffrey also said US officials were investigating a report that the restricted burning white phosphorus had been used during the Turkish offensive.

Mr Jeffrey and Matthew Palmer, a deputy assistant secretary of state who handles issues including relations with Turkey, spent a second straight day testifying in the US Congress.

Many politicians, including Mr Trump’s fellow Republicans as well as Democrats, disagree with Mr Trump’s decision to withdraw troops from Syria, which cleared the way for Turkish troops to cross the border to fight against Kurdish forces who for years helped US troops fight against Islamic State militants.

“How could the United States do something so senseless, so disgraceful, so contrary to our values?” Democratic Representative Eliot Engel, chairman of the House Foreign Affairs Committee, said as he opened the hearing.

Mr Jeffrey called Turkey’s crossing the border and offensive against the Kurds “a tragic disaster for north-east Syria.”

President @realDonaldTrump just announced a major breakthrough toward achieving a better future for Syria and the Middle East. pic.twitter.com/rjykmSmdWw

As the hearing went on, Mr Trump announced he was lifting recent sanctions imposed in response to violence in Syria, after Turkey said it is stopping combat and making a ceasefire in northern Syria permanent.

In a special address at the White House, Mr Trump said sanctions would be lifted unless “something happens that we are not happy with” – also casting scepticism about the meaning of “permanent” in “that part of the world”.

Mr Trump went on to argue the US action had saved “tens of thousands of Kurds”.

“This was an outcome created by us, the United States and nobody else,” he said.

“We’ve saved the lives of many, many Kurds.”

“We do not know where they are,” he told the hearing.

Turkish officials have denied that war crimes were committed.