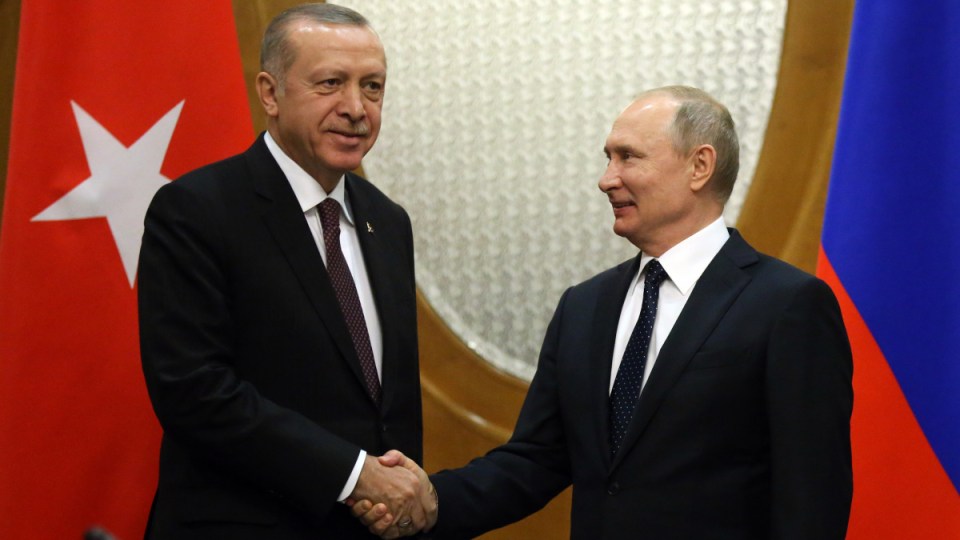 Syrian and Russian forces will deploy in northeast Syria to remove Kurdish YPG fighters and their weapons from the border with Turkey under a deal Moscow and Ankara hail as a triumph.

The agreement expands on a US-brokered truce which was set to expire late on Tuesday and underlines the dizzying changes in Syria since President Donald Trump announced a US troop withdrawal two weeks ago, ahead of Turkey’s cross-border offensive.

Tuesday’s deal endorses the return of Syrian President Bashar al-Assad’s forces to the border alongside Russian troops, replacing the Americans who had patrolled the region for years with their former Kurdish allies.

Under the agreement between Russian President Vladimir Putin and Turkey’s Tayyip Erdogan, the two countries said Russian military police and Syrian border guards would start removing the YPG 30km from the Turkish border on Wednesday.

Six days later, Russian and Turkish forces will jointly start to patrol a narrower, 10km strip of land in the “safe zone” that Ankara has long sought in northeast Syria.

After six hours of talks with Mr Erdogan in the Black Sea resort of Sochi, Mr Putin expressed satisfaction at decisions he described as “very important, if not momentous, to resolve what is a pretty tense situation which has developed on the Syrian-Turkish border”.

A senior Turkish official described it as an “excellent” deal which would achieve Turkey’s long-held goal of a border strip cleared of the YPG, which Ankara regards as a terrorist organisation because of its links to insurgents inside Turkey.

Last week’s US-brokered deal, due to expire at 1900 GMT on Tuesday, was limited the central part of the border strip between the Syrian towns of Tel Abyad and Ras al Ain, where Turkish forces had focused their military offensive.

Under the deal with Moscow, the length of border which the YPG would be required to pull back from is more than three times the size of the territory covered by the US-Turkish accord, covering most of the area Turkey had wanted to include.

“The outcome of the Putin-Erdogan meeting in Sochi today indicates that Erdogan has become a master of leveraging the US and Russia against each other to maximise Ankara’s gains,” Soner Cagaptay, director of the Turkish program at the Washington Institute said in a tweet.

“Turkey got the safe zone it wanted all this time.”

The outcome of the Putin-Erdogan meeting in Sochi today indicates that Erdogan has become a master of leveraging the U.S. and Russia against each other to maximize Ankara’s gains: Turkey got the safe zone it wanted all this time.

Just minutes before Mr Erdogan and Mr Putin announced their deal, a senior US administration official said the commander of Kurdish forces in northeast Syria told the US he had met all obligations set out in the US-brokered truce.

An official from the Syrian Democratic Forces later said the SDF commander “confirms that the SDF have withdrawn from ceasefire zone”.