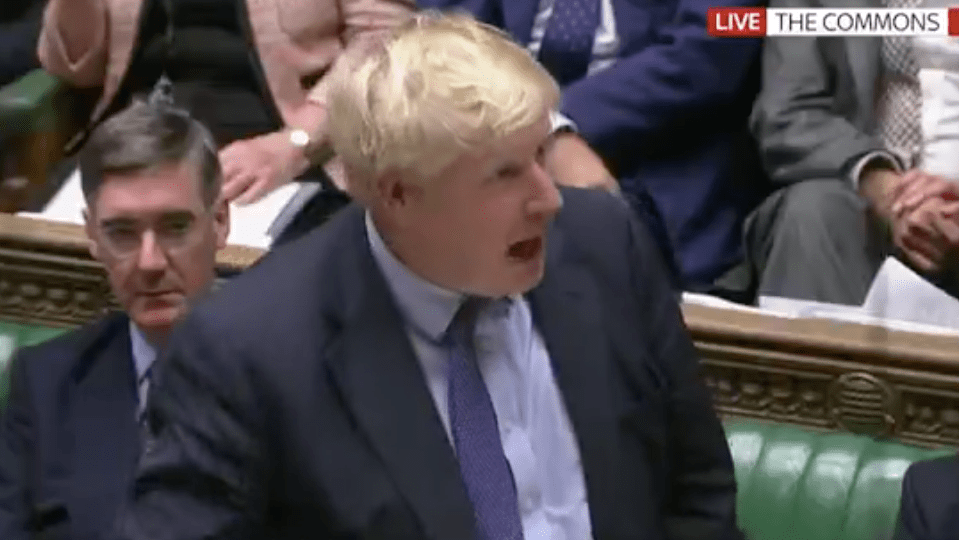 British MPs have voted to reject the government's timetable for the passage of it’s Brexit deal. Photo: AAP

It comes after Prime Minister Boris Johnson’s divorce plan suffered a blow when British MPs voted to reject the government’s timetable for the passage of its Brexit deal.

The Brexit bill passed its first stage in the House of Commons with 329 votes to 299 – which would have allowed Brexit to pass into law if MPs agreed to Mr Johnson’s tight three-day timeline.

However, MPs then voted 308 to 322 against his proposed timetable to debate and legislate the deal.

Following PM @BorisJohnson’s decision to pause the process of ratification of the Withdrawal Agreement, and in order to avoid a no-deal #Brexit, I will recommend the EU27 accept the UK request for an extension. For this I will propose a written procedure.

Mr Johnson previously warned he would abandon his Brexit deal and push for an election instead if they delayed it.

Critics argued that three days did not give them enough time to scrutinise the 110-page bill.

The vote likely makes it impossible for Mr Johnson to fulfil his promise to take Britain out of the EU on the scheduled date of October 31.

Mr Johnson said his policy remained that Brexit would go ahead at the end of the month, saying: “One way or another, we will leave the EU with this deal, to which this House has just given its assent.”

Despite the defeat, Mr Johnson said it was remarkable the Commons had voted on his Brexit bill, a feat his predecessor, Theresa May, never managed.

“I congratulate honourable members across the House on the scale of our collective achievement because, just a few weeks ago, hardly anybody believed that we could reopen the withdrawal agreement, let alone abolish the backstop – that is indeed what they were saying.”

Labour leader Jeremy Corbyn said the Commons had refused to be “bounced” into passing the deal.

“Tonight, the House has refused to be bounced into debating a hugely significant piece of legislation in just two days with barely any notice and analysis of the economic impact of this bill,” he told parliament.

A spokesman from the European Commission said: “[The Commission] takes note of tonight’s result and expects the UK government to inform us about the next steps.”

Before the vote, Mr Johnson warned he would push for an early election if he lost and had to delay Brexit until 2020. But he did not say what the government would do if the EU offered a shorter extension.

“I will in no way allow months more of this,” Mr Johnson said.

“If parliament refuses to allow Brexit to happen and instead gets its way and decides to delay everything until January or possibly longer, in no circumstances can the government continue with this.

“AWith great regret, I must say the bill will have to be pulled and we will have to go forward to a general election.”

The BBC is reporting the snap election would happen before Christmas.

But several Labour MPs have said the election promise was clearly a threat, with shadow chancellor John McDonnell tweeting that the Prime Minister’s “bluff of threatening to call a general election tonight was called & ignored”.

At the weekend, things had started to look promising for Mr Johnson. It was thought he was rallying the numbers needed to push his deal with Brussels through parliament, securing a Brexit resolution before the October 31 deadline.

Instead, MPs voted in favour of an amendment withholding approval of the deal until all necessary legislation to implement the plan had been passed.

The defeat in parliament opened Mr Johnson up to a law forcing him to write to the EU and request a delay until January 31.