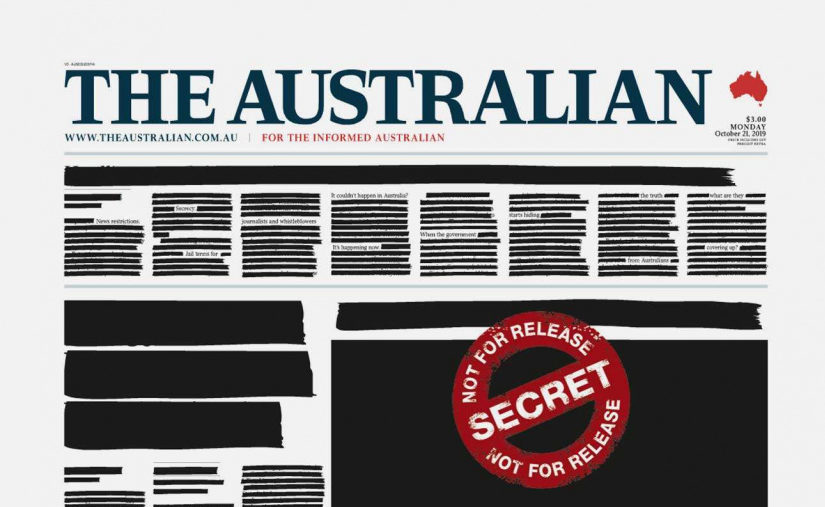 The front page of The Australian newspaper on Monday.

It’s not often the NT News misses a chance to show off their latest crocodile discovery.

But Monday’s front page may be exposing the biggest croc of them all.

In an unprecedented move, newspapers across the country are covering up their front pages with blacked-out stories to draw attention to laws eroding media freedom in Australia.

From Cairns to Burnie, Australians will wake up to censored newspapers across the country as a coalition of media companies launches the Right To Know campaign, to change six critical areas of law that are threatening freedom of the press. 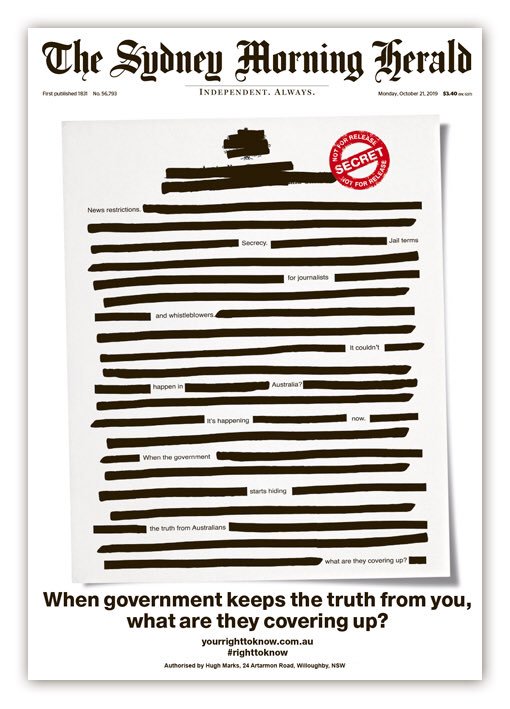 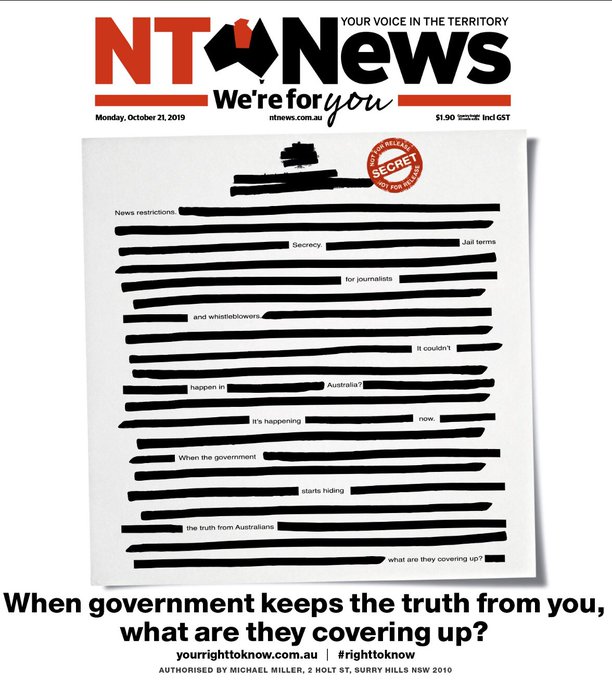 Since 2002, there have been 75 pieces of federal legislation introduced that are designed to protect national security threats but have helped the government keep important – or embarrassing –  information from the public.

Journalism, the campaign argues, cannot – and should not – be collateral damage in a democracy.

New research reveals that 87 per cent of Australians value a free and transparent democracy where the public is kept informed, but sadly, only 37 per cent believe this is happening in Australia today.

Australia sits at number 21 on the World’s Press Freedom index, in between Suriname and Samoa and far away from our friends across the ditch, New Zealand who have a much healthier ranking of seven.  Norway is number one. The low rating is not surprising considering recent raids on journalists including News Corp reporter Annika Smethurst and ABC headquarters.

Smethurst reported that the government wanted to spy on Australians, while the ABC reported Australian special forces troops had been killing innocent men and children in Afghanistan, threw the issue of media freedom into the spotlight.

“We’ve seen the public’s right to know slowly erode over the past two decades, with the introduction of laws that make it more difficult for people to speak up when they see wrongdoing and for journalists to report these stories.

“No one is above the law but something in our democracy is not working as it should when we fail to protect people acting in the public interest.”

“This is much bigger than the media,” Mr Marks said.

“It’s about defending the basic right of every Australian to be properly informed about the important decisions the government is making in their name.”

The six Australia’s Right to Know reforms being sought are:

Here’s why you can’t see your news today