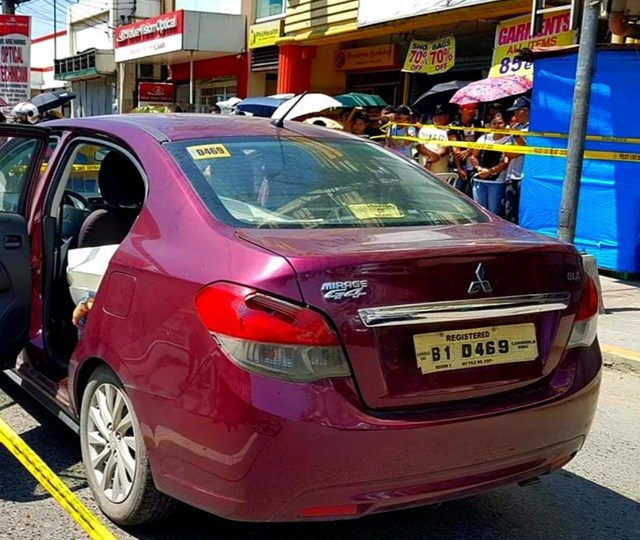 An Australian man has allegedly shot dead another Australian before turning the gun on a woman and her husband in broad daylight in a busy Philippines city.

The incident occurred in Olongapo City, about two-and-a-half hours from the country’s capital, Manila.

Mrs Bailey’s husband, Wayne, also an Australian citizen, was driving the car when Mr McLaren allegedly attacked them. Mr Bailey was shot multiple times, including in his chest.

He managed to crawl towards a hardware store and ask for help.

The couple’s two-year-old daughter was in the vehicle at the time, although she was uninjured.

The toddler has been taken into the care of the Philippines Department of Social Welfare and Development.

Mrs Bailey and Mr Wilson owned a resort and bar in the city, according to local news website, Rappler.

Three hours after he allegedly shot the three adults, Mr McLaren was arrested at his hotel room with a gun and live ammunition, police said.

“Appropriate criminal complaints against the arrested suspect are now being prepared for filing in court,” Filipino police said on social media.

A Department of Foreign Affairs and Trade spokesman told Nine Newspapers an Australian man had been the “victim of a serious incident”.

“The Department of Foreign Affairs and Trade is providing consular assistance to the family of an Australian, the victim of a serious incident that took place in the Philippines,” the spokesperson said.

“The department stands ready to provide consular assistance, in accordance with the Consular Services Charter to others who were involved in the incident. Due to our privacy obligations we will not provide further details.”