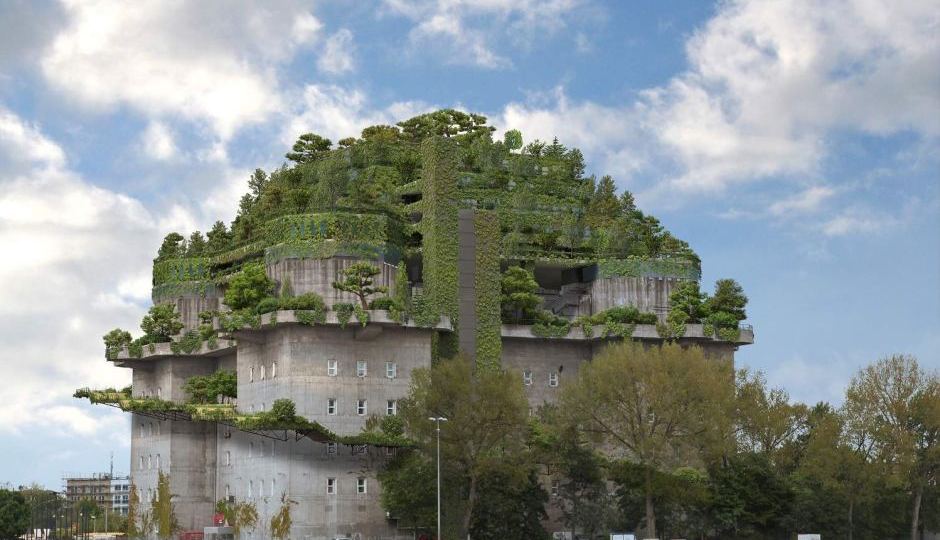 An artist's impression of the redeveloped St Pauli Bunker in Hamburg. Photo: Supplied

A 136-room hotel with a rooftop garden will be built on top of a huge Nazi-era bunker in Germany.

The NH Hotel Group announced plans to redevelop the St Pauli Bunker in Hamburg, creating a luxury hotel with a bar, cafe and restaurant.

The hotel will be built in a pyramid shape over five storeys, the developers said in a statement.

The developers have promised “fantastic panoramic views of Hamburg, in the line of sight of the Elbphilharmonie, and a leafy and meandering green walkway that will surround the bunker”.

It was designed to accommodate 18,000 people during air raids.

Authorities decided against demolishing it after World War II as the number of explosives required to demolish it would have also brought down the surrounding residential areas, according to the Hamburg local government.

It currently functions as a live music venue, nightclub, music store, and a space for artists and musicians.

A spokesman for the bunker project told CNN the project to redevelop the building was part of a preference by residents to plant “a city garden for the neighbourhood”.

“In addition to this new public natural oasis, the bunker will for the first time receive a memorial to the victims of the Nazi regime and the Second World War,” Frank Schulze told CNN.