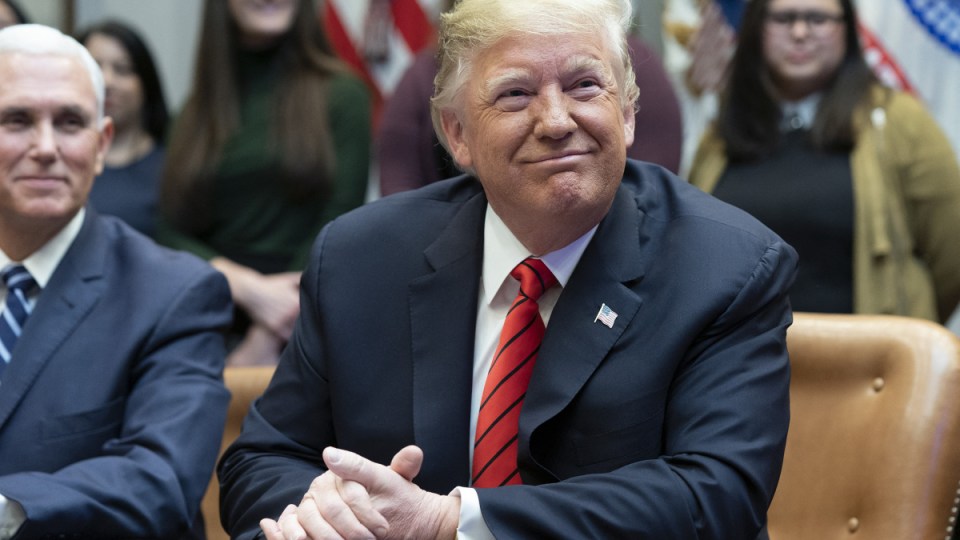 Donald Trump says he would like to meet the whistleblower who sparked the impeachment probe, describing him as a fraud. Photo: AAP

US President Donald Trump says he thinks a trade deal between the United States and China will be signed by the time the Asia-Pacific Economic Cooperation meetings take place in Chile in mid-November.

Chinese Vice Premier Liu He will provide Beijing’s perspective on the progress of the talks in a speech on Saturday, according to a tweet from editor-in-chief of the Global Times, a tabloid published by the People’s Daily of China’s ruling Communist Party.

“I think it will get signed quite easily, hopefully by the summit in Chile, where President Xi and I will both be,” Mr Trump told reporters on Friday at the White House, without providing details.

The White House has announced that China agreed to buy up to $US50 billion of US farm products annually, as part of the first phase of a trade deal, although China seems slow to follow through.

Beijing and Washington that has roiled markets and hammered global growth.

US officials said a second phase of negotiations could address thornier issues like forced technology transfer and non-financial services issues.

The APEC meeting takes place on November 16 and 17.