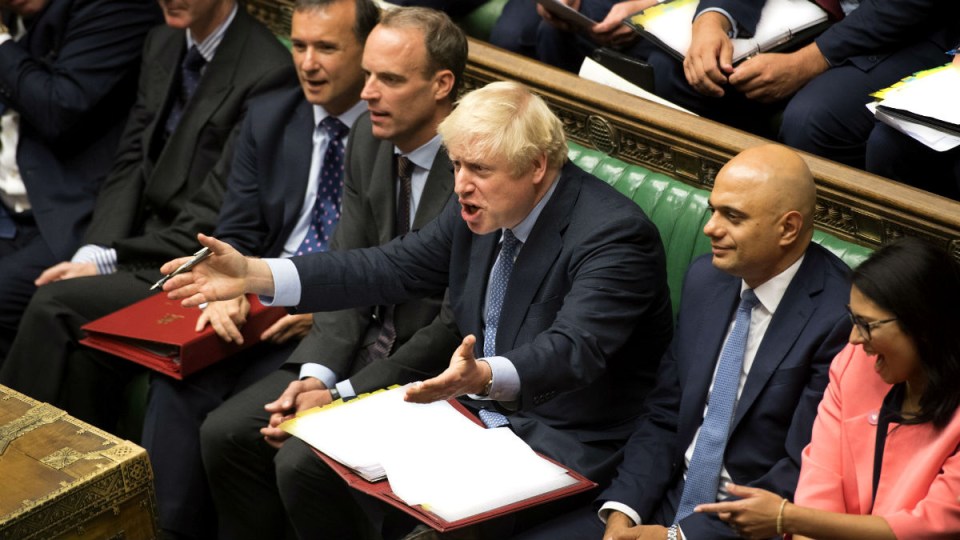 The vote stands to make or break Brexit and the leadership of PM Boris Johnson. Photo: AAP

While British Prime Minister Boris Johnson faced his do-or-die moment in the Westminster Parliament, the Brexit battle spilled onto the streets of London as tens of thousands of people gathered to demand a new referendum.

Protesters waving EU flags and carrying signs calling for Brexit to be halted gathered at London’s Park Lane before a march through the capital’s centre.

After more than three years of tortuous debate, it is still uncertain how, when or even if Brexit will happen.

As the parliament convened in a rare Saturday session to debate the deal Mr Johnson brought home last week from Brussels, observers calculated Mr Johnson could count on 291 solid votes – 29 short of the 320 needed to ratify the result of the 2016 referendum and make the divorce from Europe official.

The Democratic Unionist Party, which has generally supported the government, has broken ranks to declare it will vote against the deal.

That means even more pressure on Mr Johnson to get those needed votes from two possible sources.

The first is within his own party, where he must win over hardline Brexiteers who say the deal falls short and will not get their votes.

The second is Labour members prepared to cross the floor and vote with the Tories – a dilemma for many who personally oppose Brexit and have voted against it in the past, but also represent working-class electorates which supported Britain going it alone.

With an election likely in the near future, they will be weighing their chances of retaining their seats in the face of an inevitable backlash.

The anti-Brexit protesters filling London’s streets had no such uncertainty as lawmakers gathered for the first Saturday session since the 1982 Falklands war.

This vote is not about what happens today. It is about what our country will look like for decades to come.

How can the Prime Minister expect MPs – as public servants – to make such an enormous decision without the economic analysis we need?

My #Brexit question to the PM👇 pic.twitter.com/p7JSSoXoBj

James McGrory, director of the People’s Vote campaign, which organised the march, said he anticipated a crowd in excess of one million, adding that the government should heed the anger of pro-Europeans and hold another referendum on EU membership.

“This new deal bears no resemblance to what people were promised and so it is only right that the public deserve another chance to have their say,” he said.

While Brexit has divided families, parties, parliament and the country, both sides agree Saturday could be one of the most important days in recent British history: a juncture that could shape the fate of the United Kingdom for generations.