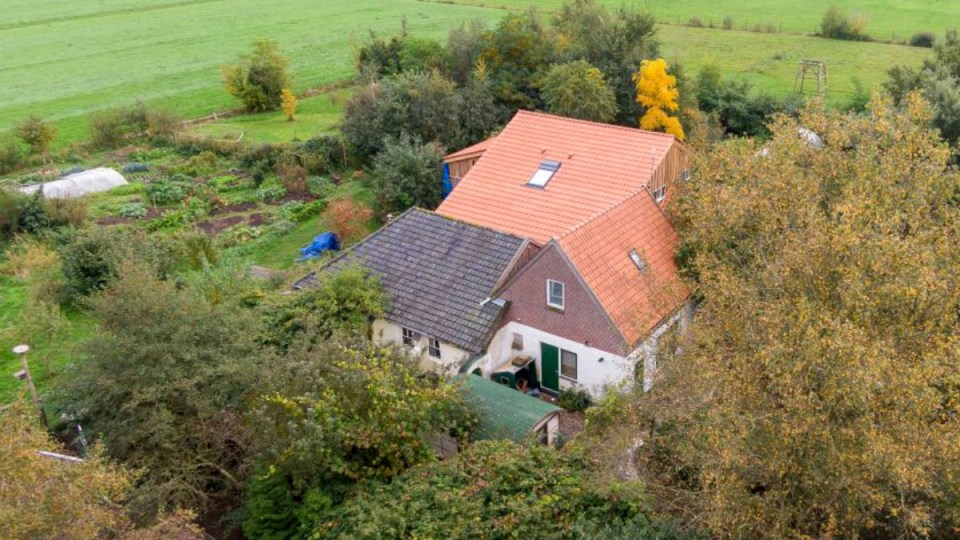 An aerial picture taken on October 15, 2019 shows a view of the farm. Photo: Getty

The father of a family found living in a cellar has been arrested by police as they investigate whether a “certain belief in faith” was behind why the siblings were kept locked up.

The 67-year-old man is accused of false imprisonment, abuse and money laundering, following the mysterious discovery of the family in the northern village of Ruinerwold in the Netherlands, police said.

“We detained the father,” a police statement confirmed.

“We are dealing with an exceptional situation in this case. These people may have lived with each other in the home since 2010, apart from society.”

“We have reasons to suspect that the six persons involved did not stay in the house … of their own free will,” they said.

“We are investigating whether a certain religion or philosophy forms the cause of their living situation.”

“The situation encountered requires a careful approach whereby attention and care is given to the young adults found.”

The family had apparently been living in makeshift rooms inside the farmhouse for nine years. According to local media, they had survived partly on home-reared animals and vegetables from a garden on the property.

They were found after the eldest son, Jan Zon van Dorsten, 25, appeared at a local bar, ordered five beers and said he couldn’t go home.

Many details are still unknown, but now two men, the father and a 58-year-old man known as Josef B, have both been arrested.

Josef B was renting the farm in the village of Ruinerwold, where the family were found.

A judge decided the man should stay in custody on Thursday.

The local mayor said at a press conference earlier this week that the mother of the family is believed to have died before they were isolated inside the house.

A bio, posted on Linkedin by Mr van Dorsten appears to confirm this.

The posts read: “For me, personal connection has always been at the forefront, thanks to my parents who have always devoted their time to our personal education.

“And the rest of their time? Friends. And the company always ran great! How is that possible, huh …

“In the meantime, that time has passed … in 2004 Mom passed away and every day we are happy to take care of Dad.

Local media have reported that the family was “waiting for the end of time” as part of a doomsday cult.

RTV Drenthe said both Josef B, the father and the adult children were all part of the controversial Unification Church, which is famous for holding mass weddings.

The church confirmed the father of the family was a member in the 1980s but had not had contact with him for decades.

The leader of the cult, South Korean Sun Myung Moon, was banned from travelling to Germany and other European countries in 1995 because Berlin viewed the organisation as dangerous. He died in 2012.

The six siblings are being cared for by specialists and a 30-strong team of investigators are still searching the house, according to police.