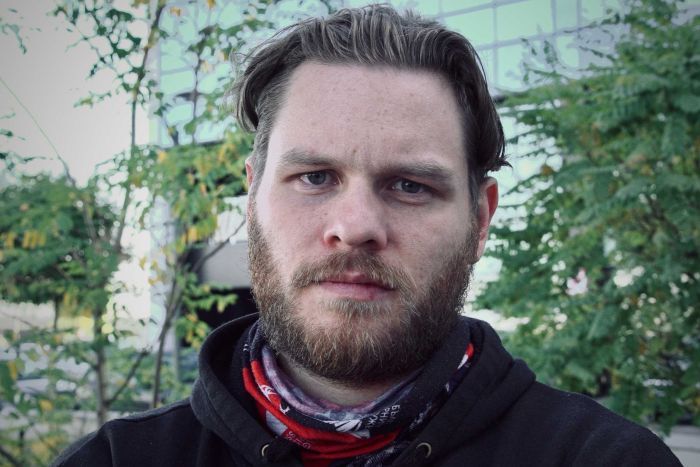 Jock Palfreeman stabbed a man to death in Bulgaria in 2007, but insists it was an act of self defence. Photo: ABC

Jock Palfreeman has warned systemic corruption could see him returned to a Bulgarian jail for the rest of his life, and has condemned the influence of the far-right over Sofia’s political establishment.

In his first interview, given to the ABC only hours after his release from immigration detention, Palfreeman also lauded the courage of ordinary Bulgarians standing against the forces of authoritarianism in the small former Communist state.

“What I would like people in Australia to understand [is] that there are many brave Bulgarians who have been trying to fight against the corruption, against the mafia, the powers that be, that are corrupting the justice system,” he said.

The 33-year-old from Sydney was thrown into the Busmantsi Detention Centre the day after the remainder of his 20-year sentence was commuted by the Sofia Court of Appeal.

An unprecedented application was then lodged by Bulgaria’s powerful prosecutor-general, Sotir Tsatsarov, that sought to have Palfreeman returned to jail and his case reopened.

“If the head prosecutor is not doing his job now, did they do their jobs 12 years ago?”

Despite Bulgarian law making no provision for such a motion, the Supreme Court of Cassation agreed to hear the application and has since retired to consider its judgment.

“The laws are clear that they shouldn’t send my case back to be reopened, but the laws are also clear that when you’re being attacked by 13 men that you’re allowed to defend yourself, and I got 20 years anyway,” Palfreeman said.

After he stabbed and killed a local law student in 2007, Palfreeman was convicted of premeditated murder without provocation.

The victim’s father is an influential former member of the Bulgarian Parliament.

Palfreeman has always professed his innocence, saying he came to the defence of a Roma man under attack from football hooligans.

Two weeks ago, CCTV footage of the incident, which was never provided to Palfreeman during preparation for his 2009 trial, was published for the first time.

It clearly showed the group targeting another man, before attacking Palfreeman.

“After the video came out, the police were coming to me and smiling and saying, ‘We saw what happened, we know you’re innocent’,” Palfreeman said.

“So after that clip came out, public sentiment went the other way.”

A report on human rights in Bulgaria published last year by the Helsinki Committee levelled serious criticisms at the criminal justice system, and the powers granted to the prosecutor-general.

Those powers, including the ability to have judges dismissed in some circumstances, means it is not possible to “guarantee a fair trial”.

Recent attempts at reform, the report said, also, “do not rule out entirely the possibility of arbitrary prosecutor’s interference with the independence of the court”.

Palfreeman told the ABC he feared less the prospect of being forced back to jail than what might be done to him once he’s there.

The minister who oversees the prison system, Nikolay Prodanov, was nominated to the position by the VMRO, the far-right party which is the junior member of Bulgaria’s ruling coalition.

Days after Palfreeman won his parole, the VMRO staged a major rally in downtown Sofia calling not only for the Australian to be returned to jail, but for the appeals court judges who freed him to be sacked and placed under investigation.

“The fear of going back to prison is connected with the fact this fascist party still controls the prisons,” Palfreeman said.

‘I wasn’t going to allow a murder to happen in front of me’
Despite his long stint in prison, Palfreeman remained resolute about his decision on that winter night a decade ago to step in and protect the Roma man.

“A couple of months before my fight … there were a couple of murders whereby neo-Nazis had beaten Roma to death,” he said.

Palfreeman said he spent years reflecting on his fateful decision to carry a knife with him that night.

“It’s not just a question of, ‘Should I have carried the knife? Or would things have been different … if I didn’t have the knife?'” he said.

“Would I have even gone there in the first place to help the Roma? I would have been more afraid for my life in that situation.”

Jock Palfreeman is out of prison, but the Australian fears he will be returned to Bulgarian jail for life