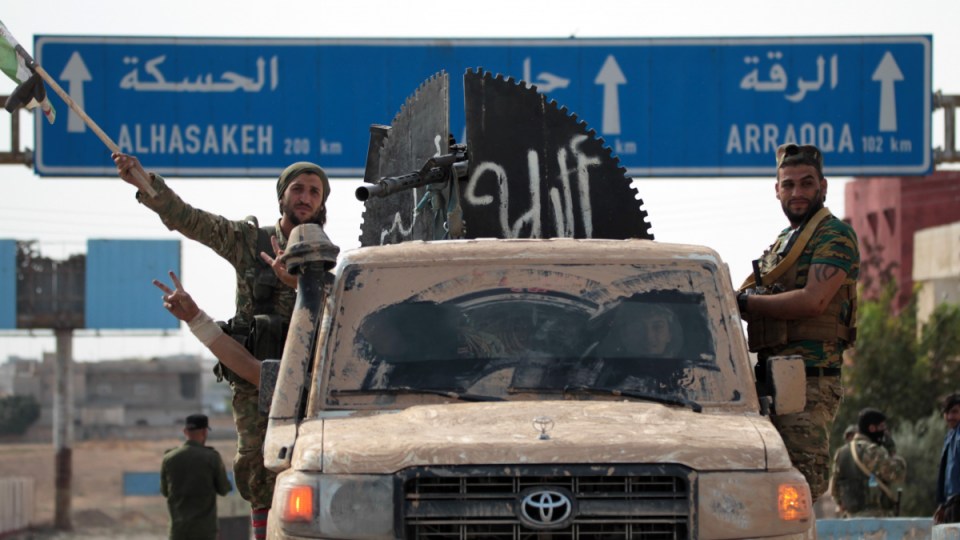 US Vice President Mike Pence has headed to Turkey to try to negotiate a ceasefire in Syria, Donald Trump says, amid calls for tougher sanctions on Ankara.

But the plea appears likely to fall on deaf ears, with Turkish President Recep Tayyip Erdogan already rejecting the US’s call for a ceasefire and a halt to Turkey’s military offensive in north-eastern Syria.

“What kind of prime minister, what kind of head of state are those who offer to mediate between us and the terror group?”

President Trump is facing intense criticism over his withdrawal of US troops from Syria, which critics say paved the way for the Turkish incursion, abandoned the once US-allied Kurds and set the stage for a resurgence of Islamic State.

Turkey launched its military offensive a week ago to clear a border region from Syrian Kurdish forces linked to outlawed Kurdish militants in Turkey. Mr Erdogan said that “we cannot declare a ceasefire until we clear this region.”

Mr Pence has warned that the sanctions will increase “unless and until Turkey embraces an immediate ceasefire” and negotiates a long-term border settlement.

However, analysts say the sanctions look more imposing than they actually are. The White House has yet to withdraw an invitation to Mr Erdogan that Mr Trump offered after being informed of Turkey’s invasion plans, and the sanctions do not affect US military support to Turkey.

“Our first goal is to basically have a heart-to-heart talk with the Turks. … We’re very concerned about their actions and the threat that they’ve presented to peace, security, stability and the territorial integrity of Syria,” a US official said.

Mr Pence is expected to be accompanied by US Secretary of State Mike Pompeo and National Security Adviser Robert O’Brien.

….and Assad to protect the land of our enemy? Anyone who wants to assist Syria in protecting the Kurds is good with me, whether it is Russia, China, or Napoleon Bonaparte. I hope they all do great, we are 7,000 miles away!

In the US, Democratic Senator Chris Van Hollen, who wrote bipartisan sanctions legislation against Turkey, said Mr Trump’s response has been “pathetic.”

“Our proposed sanctions will be very biting, and they will stay in effect until Turkey ends its aggression against the Syrian Kurds and withdraws its forces and proxies from the areas that it’s taken,” Van Hollen added in an interview with National Public Radio.

Some Republicans have also issued rare criticism of Mr Trump over the troop withdrawal.

Mitch McConnell, leader of the Republicans in the Senate and a long-time Trump supporter, has been among the critics. In a speech in the Senate, he said the US withdrawal would create a power vacuum “begging for the meddling influence of Russia”.

However, he has applauded the Pence delegation to Turkey.

“I expect the Turkish allies to listen carefully to the anger from Washington, welcome our vice president and take steps to repair our important relationship,” he said.

US Vice President heads to Turkey on ceasefire mission