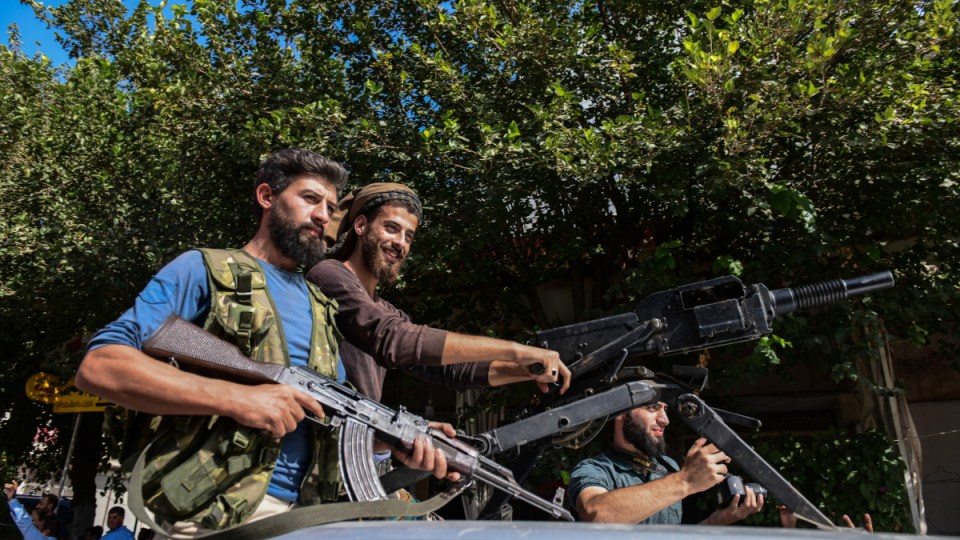 The US has announced “severe” sanctions on Turkey in response to its incursion into Syria targeting Kurdish fighters.

“As we’ve warned all along, our desire is not to shut down the Turkish economy. Our desire is to see an appropriate response,” Mr Mnuchin said.

The announcement came as the Americans scrambled for exits from Syria – a move criticised at home and abroad as opening the door to a resurgence of the Islamic State group whose violent takeover of Syrian and Iraqi territory was the reason US forces came in the first place.

US President Donald Trump said about 1000 US troops who had been working with local Kurdish fighters to battle IS in northern Syria were leaving the country.

They would remain in the Middle East to “monitor the situation” and to prevent a revival of Islamic State, a goal that even Mr Trump’s allies say has become much harder as a result of the US withdrawal.

The Turks began attacks in Syria last week against the Syrian Kurdish fighters, whom the Turks see as terrorists.

On Monday, Syrian government troops moved north toward the border region, setting up a potential clash with Turkish-led forces.

Mr Trump said Turkey’s invasion was “precipitating a humanitarian crisis and setting conditions for possible war crimes”, a reference to reports of Turkish-backed fighters executing Kurdish fighters on the battlefield.

Kurdish forces previously allied with the US said they had reached a deal with Syrian President Bashar Assad’s government to help fend off Turkey’s invasion, a move that brings Russian forces deeper into the conflict.

In his sanctions announcement, Mr Trump said he was halting trade negotiations with Turkey and raising steel tariffs. He said he would soon sign an order permitting sanctions to be imposed on Turkish officials.

“I am fully prepared to swiftly destroy Turkey’s economy if Turkish leaders continue down this dangerous and destructive path,” Mr Trump said.

American troops consolidated their positions in northern Syria on Monday and prepared to evacuate equipment in advance of a full withdrawal, a US defence official said.

The official, who was not authorised to be quoted by name, said US officials were weighing options for a potential future counter-IS campaign. They included the possibility of waging it with a combination of air power and special operations forces based outside of Syria, perhaps in Iraq.

The hurried preparations for a US exit were triggered by Mr Trump’s decision on Saturday to expand a limited troop pullout into a complete withdrawal.

Defence Secretary Mark Esper said on Monday he would travel to NATO headquarters in Brussels next week to urge European allies to impose “diplomatic and economic measures” against Turkey – a fellow NATO ally – for what he called Ankara’s “egregious” actions.

The only exception to the US withdrawal from Syria is about 200 troops who will remain at a base called Tanf in southern Syria, near the Jordanian border along the strategically important Baghdad-to-Damascus highway.

They work with Syrian opposition forces unrelated to the Kurdish-led fighters in northern Syria.

Mr Trump has dug in on his decision to pull out the troops, believing it fulfils a key campaign promise and will be a winning issue in the 2020 election, according to White House officials.