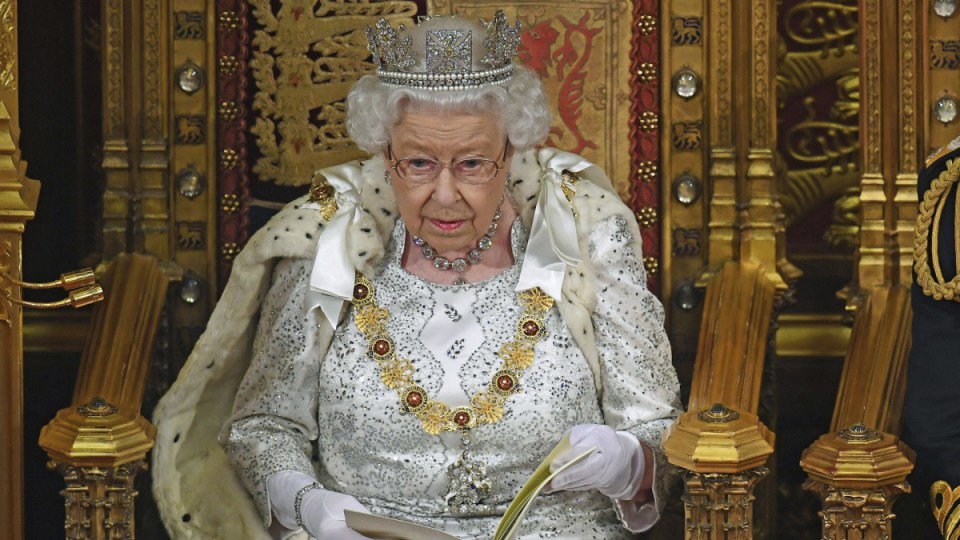 Queen Elizabeth II delivers the Queen's Speech at the official State Opening of Parliament in London in October 2019. Photo: AP

The priority of Britain’s government is to leave the European Union on October 31, Queen Elizabeth II says, as she spoke of Prime Minister Boris Johnson’s program for a country deeply divided over Brexit.

The Queen officially opened a new session of the UK Parliament on Monday with a government-written speech delivered from a throne in the House of Lords.

The Queen’s speech detailed Mr Johnson’s plan to “work towards a new partnership with the European Union, based on free trade and friendly co-operation”.

The speech reaffirmed Mr Johnson’s commitment to leaving the European Union on October 31 and boosting spending on police, education and health before a widely expected election.

The speech is the highlight of a day of elaborate pageantry in Westminster and is used to detail all the bills the government wants to enact in the coming year.

It is written for the 93-year old monarch by the government.

But with an election on the horizon, many of the policy proposals are unlikely to be passed by Parliament, but they do offer a glimpse of what issues will shape the governing Conservative Party election strategy.

On Brexit, the government reiterated its commitment to removing the so-called Irish backstop and implementing a new protocol to ensure no return to a hard border between the British province of Northern Ireland and EU member Ireland.

It offered little detail on its plans, which are now subject of intensive negotiations in Brussels.

On immigration, the plan was to bring “an end to free movement in UK law, to ensure that the government can deliver a new points-based immigration system from 2021”.

It also says EU citizens arriving after January 2021 will be subject to the same UK immigration controls as non-EU citizens, “to enable the government to deliver a single global immigration system based on people’s skills”.

For the first time, environmental principles will be enshrined in British law, with legally-binding environmental improvement targets.

A new independent regulator will be established in statute to scrutinise environmental policy and law, investigate complaints and take enforcement action.