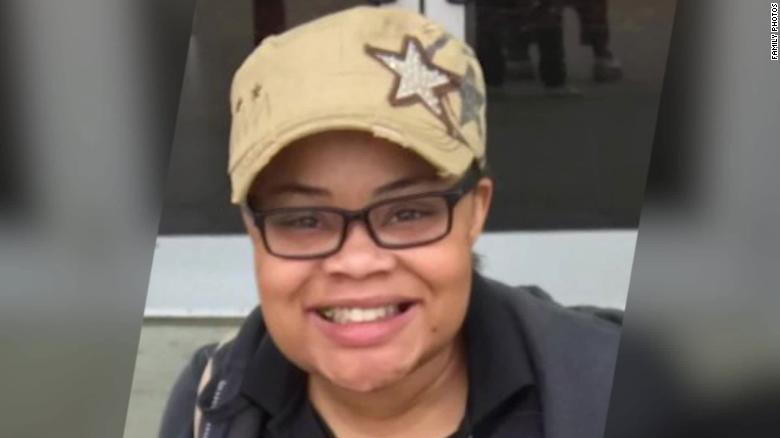 A Texas city is reeling after a police officer shot and killed a 28-year-old black woman, while she had been playing video games with her 8-year-old nephew.

Atatiana Koquice Jefferson, 28, was killed around 2:30 a.m. Saturday (local time) after a neighbour called dispatchers to her Fort Worth home after seeing that her front door was open.

Police argued that the white officer who killed Ms Jefferson “perceived a threat” but a lawyer for the family has rubbished the notion.

“You didn’t hear the officer shout, ‘Gun, gun, gun,”‘ attorney Lee Merritt said after viewing video from a Fort Worth officer’s bodycam during the shooting.

“He didn’t have time to perceive a threat. That’s murder.”

Ms Jefferson’s family told KXAS television she was watching her eight-year-old nephew when she was killed.

Fort Worth Police Department said in a statement officers saw someone near a window inside the home and one of them drew his duty weapon and fired after “perceiving a threat”.

The video released by police shows two officers searching the home from outside with torches before one shouts: “Put your hands up, show me your hands”.

A shot is then fired through a window.

“It’s another one of those situations where the people that are supposed to protect us are actually not here to protect us,” said Jefferson’s sister, Amber Carr.

“You know, you want to see justice, but justice doesn’t bring my sister back,” she said.

An aunt, Venitta Body, said the family does not understand why Jefferson was killed.

“It’s like from the moment we got the call, it’s been more and more inconceivable and more confusing.”

Police Lieutenant Brandon O’Neil said on Sunday the officer, who has been on the force since April 2018, is on leave pending an investigation.

He will be interviewed about the fatal shooting on Monday. His name was not released.

Mr O’Neil confirmed the officer did not announce he was a policeman before he fired the fatal shot and his failure to do so is part of the department’s investigation.

He also confirmed Jefferson’s 8-year-old nephew was in the room when Jefferson was shot.

James Smith, who called a police non-emergency number about Ms Jefferson’s door being open, told reporters he was just trying to be a good neighbour.

“I’m shaken. I’m mad. I’m upset. And I feel it’s partly my fault,” he said. “If I had never dialled the police department, she’d still be alive.”

A body camera video released by police showed them approaching the house with flashlights, whispering to each other in the dark.

One officer looks through a bedroom window, before yelling, “Put your hands up, show me your hands,” and firing.

He does not identify himself as a police officer.

Another video released by the police shows footage from inside the home, a firearm lying on the floor.

when asked by reporters if Ms Jefferson was holding the gun at the time, Mr O’Neil refused to answer.

CNN asked the police department to release the unedited body camera footage of the clip but they refused to do so.

Police officer shoot dead a black woman in her own home