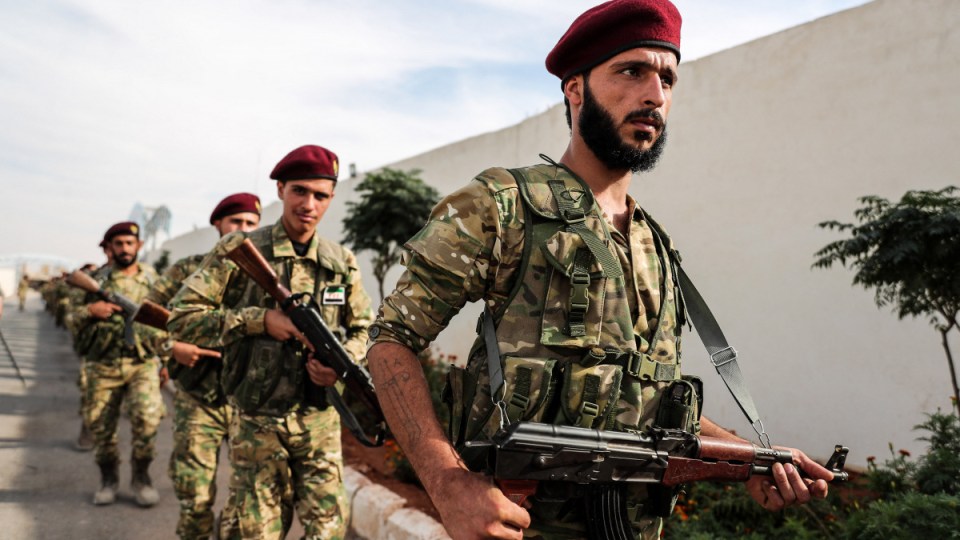 The US has threatened to “shut down” Turkey’s economy as the Middle Eastern country ramped up airstrikes and pushed troops deeper into Syria.

Donald Trump has authorised “very significant” new sanctions targeting Turkey after it launched an offensive in northeast Syria to flush out Kurdish “terrorists”.

However, defiant Turkish President Tayyip Erdogan declared “we will never stop this step we have taken”, with Turkey warning it will retaliate to any US sanctions imposed after its offensive against Kurds in Syria.

Turkey’s Foreign Ministry said late on Friday that Turkey would retaliate in response to the announcement of possible US sanctions against Turkey.

“We will not stop it no matter what anyone says,” Mr Erdogan said.

There are fears of a humanitarian catastrophe in Syria with estimates that 100,000 people have fled amid relentless aerial bombardment and artillery fire.

Loading belongings into vehicles, or on foot, a mass of people is on the move in search of somewhere safe.

Aid agencies warn nearly half a million people are at risk – in scenes similar to those from a few years ago when civilians fled the Islamic State group militants.

At least nine civilians are now reported to have been killed in Turkey and seven more in Syria.

Turkey has intensified its air and artillery strikes as ground troops pushed deeper into the northeast border region on the third day of military action.

US Treasury Secretary Steven Mnuchin said Mr Trump was concerned about the safety of civilians but the US would not activate sanctions until necessary.

“We are putting financial institutions on notice that they should be careful and that there could be sanctions,” Mr Mnuchin said.

“These are very powerful sanctions. We hope we don’t have to use them, but we can shut down the Turkish economy if we need to.”

He said Mr Trump also wanted to make clear that Turkey could not allow “even a single ISIS fighter to escape”.

The Turkish defence ministry said 342 “terrorists” have been “neutralised” in the incursion so far – in reference to Syrian Kurdish fighters.

The figure could not be independently verified and Syrian activists say only eight fighters have been killed.

Nobody ‘green-lighted’ this: US

Meanwhile the Pentagon has strongly denied accusations it has abandoned its Syrian Kurdish allies to a Turkish military onslaught.

Mr Trump’s decision to pull back troops from Syria’s border with Turkey has been widely criticised in Washington as a tacit “green light” for a Turkish offensive.

“Nobody green-lighted this operation by Turkey, just the opposite. We pushed back very hard at all levels for the Turks not to commence this operation,” Defence Secretary Mark Esper told a news briefing on Friday.

Mr Esper and Army General Mark Milley said they had spoken with their Turkish counterparts repeatedly in recent days, asking them to stop.

But there was no sense that Turkey would do so, they said.

“I’m not seeing any indication or warnings of any planned stoppage of their military activity,” said General Milley, the top US military officer.

He said the security concerns Turkey has cited as reasons for the operation should be dealt with through diplomatic and political means.