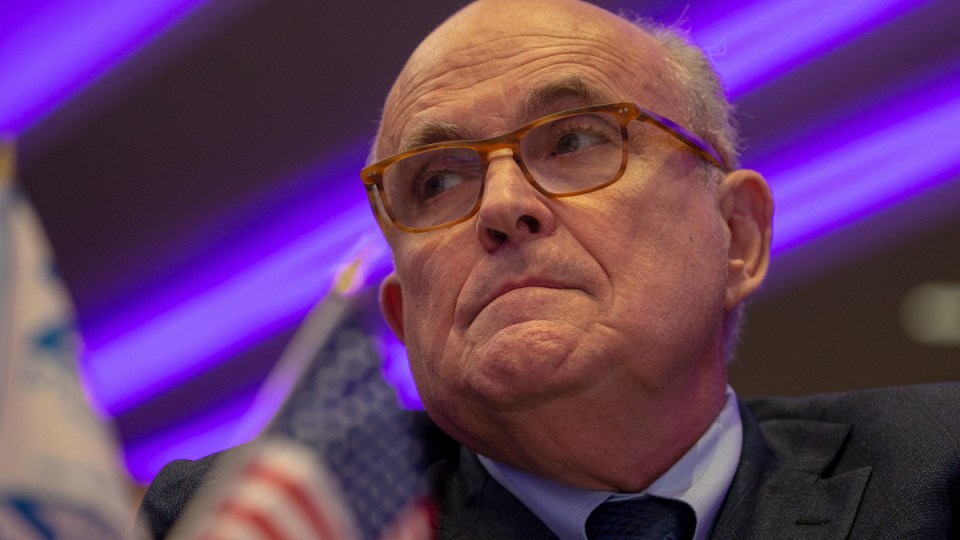 Two Florida businessmen who helped Donald Trump’s personal lawyer  investigate political rival Joe Biden have been arrested while trying to leave the US on one-way tickets.

Prosecutors say Ukraine-born Lev Parnas and Belarus-born Igor Fruman were arrested at an airport outside Washington on Wednesday. They had been intending to fly to Vienna.

They were arrested on a four-count indictment that includes charges of conspiracy, making false statements to the US Federal Election Commission and falsification of records.

Prosecutors say the men conspired to contribute foreign money, including at least $1 million from an unidentified Russian businessman, to candidates for US federal and state offices to buy influence.

In the US, The Atlantic is also reporting that Mr Giuliani planned to fly to Vienna a day after Mr Parnas and Mr Fruman were due to arrive.

The magazine said Mr Giuliani had said he could not meet one of its reporters because of his expected travel.

On Thursday (local time), Mr Trump said he did not know either man, and had not spoken to Mr Giuliani about them.

A photograph of Mr Trump with Mr Giuliani and the two detained businessmen has been published by various news outlets.

Wanna see something interesting? This is the photo of Trump and Giuliani with Uklownian-American scammers Lev Parnas and Igor Fruman that the Miami Herald ran last week to illustrate their backgrounder on them. pic.twitter.com/HRiGXZLbVE

Manhattan’s top federal prosecutor has accused Mr Parnas and Mr Fruman of trying to buy influence over US policy on Ukraine.

US Attorney Geoffrey Berman said the pair were about to board an international fight from Virginia when they were detained. They each had one-way tickets to Vienna.

Along with a third man, Mr Parnas and Mr Fruman are accused of trying to use straw donors to hide the source of money they contributed to a congressman and a political action committee supporting Mr Trump’s re-election.

Mr Berman said the pair asked a congressman to help remove the American ambassador to Ukraine and that they were acting at the request of a Ukrainian government official.

Mr Parnas and Mr Fruman are also accused of being involved in Mr Giuliani’s efforts to urge Ukrainian officials to investigate Mr Biden – considered Mr Trump’s most likely Democratic rival for the 2020 presidential election – and his family.