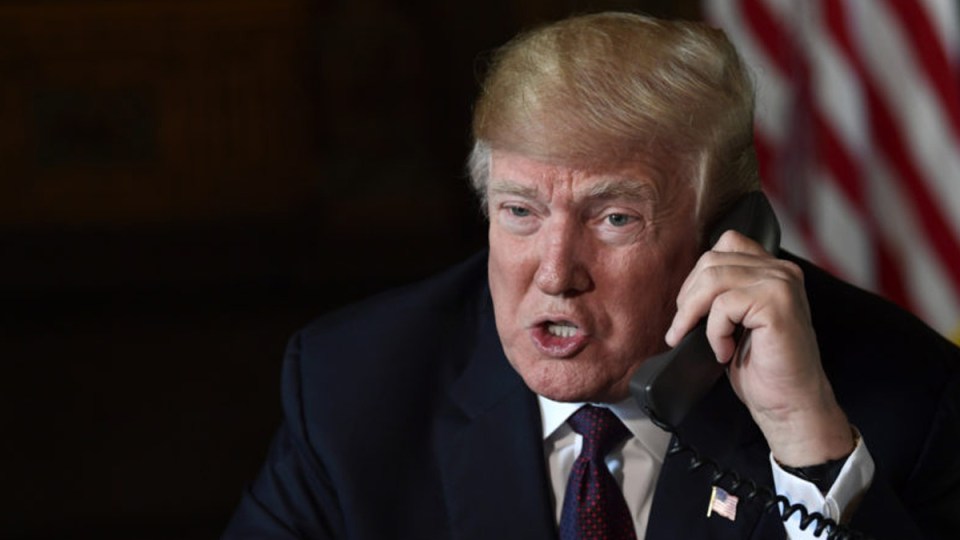 His refusal to honour subpoenas or allow testimony would likely play into a formal accusation against him.

The letter sent to House leaders by White House Counsel Pat Cipollone on Tuesday declared the president would not cooperate with the investigation – a clear reason, Democrats say, to write an article of impeachment charging him with obstruction.

The White House insists that a formal House vote is necessary just to start the impeachment process.

But Democrats are moving ahead without one, confident for now that they are backed by the Constitution and Trump’s own acknowledgements of trying to persuade a foreign government to investigate a political foe.

“The White House should be warned that continued efforts to hide the truth of the president’s abuse of power from the American people will be regarded as further evidence of obstruction,” said House Speaker Nancy Pelosi in response to the letter.

“Mr. President, you are not above the law. You will be held accountable.”

Trump again defended his decision not to cooperate, calling a whistleblower’s complaint about his call with Ukraine’s leader “a fraud being perpetrated on the American public” and saying Republicans are being treated unfairly.

He repeated he was being vilified for “a perfect phone call”.

….No Pressure at all said Ukraine! Very congenial, a perfect call. The Whistleblower and others spoke BEFORE seeing the Transcript. Now they must apologize to me and stop this ridiculous impeachment!

But the president also undercut his no-cooperation argument on Wednesday by putting conditions on his willingness, saying he would cooperate only if the House held a vote and Democrats would “give us our rights”.

Bolstered by polls showing increased public support for impeachment, Pelosi has shown no signs of shifting her strategy.

What the Republicans fear most is the truth. To avoid the facts they stage confusion, undermine the Constitution and attack the person the President fears most, @RepAdamSchiff.

The American people want the #TruthExposed.

Democrats plan to continue investigating while focusing on the president’s own acknowledgements that he asked Ukrainian President Volodymyr Zelenskiy to investigate his country’s involvement in the 2016 presidential election and also political rival Joe Biden and his family.

“The evidence provided by the president and his people has already been overwhelming,” even without additional witness testimony, said Jim Himes, a Democratic member of the House intelligence committee, which is leading the Ukraine investigation.

Earlier, Vice President Mike Pence said he is working with the White House counsel’s office to release transcripts of his own calls with Zelenskiy, saying they will help exonerate Trump from any wrongdoing.

Pence said on Wednesday records of his two phone conversations with Zelesnskiy will show he never spoke about leading Democratic presidential candidate and former vice president Biden, or his son Hunter, with the Ukraine president.

Trump’s stonewalling of impeachment comes as polls find that Americans are more likely to approve than disapprove of the inquiry, even as they divide on whether Trump should be removed from office.

A new Washington Post-Schar School poll finds 58 per cent supportive of the decision by Congress to launch an impeachment inquiry that could lead to Trump being removed from office.

About half of all Americans also think Congress should remove Trump from office.