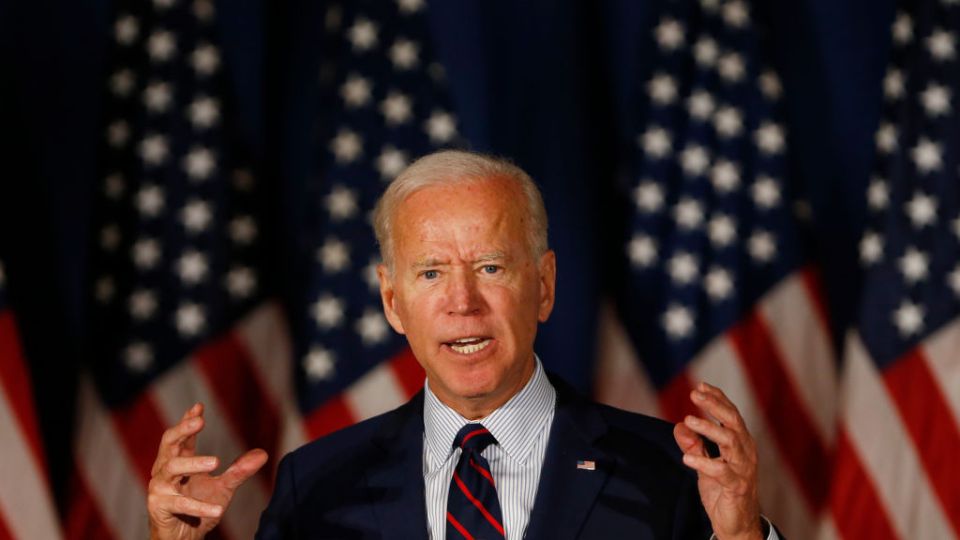 Democratic frontrunner Joe Biden has for the first time openly called for Congress to impeach President Donald Trump, accusing him of undermining US democracy and obstructing justice.

“Donald Trump has violated his oath of office, betrayed this nation, and committed impeachable acts,” Mr Biden told supporters at a campaign stop in New Hampshire on Wednesday.

“To preserve our constitution, our democracy, our basic integrity, he should be impeached.”

To preserve our Constitution, our democracy, and our basic integrity — Donald Trump should be impeached. pic.twitter.com/fa14AGZdW9

Mr Trump is facing an impeachment inquiry in the Democratic-controlled House of Representatives over his contacts with Ukraine, including asking that country to investigate Mr Biden and his son, Hunter Biden, in a move seen as soliciting foreign help in his re-election campaign.

The Republican president says he has done nothing wrong and announced the White House will not co-operate with the impeachment inquiry.

“Donald Trump will do anything to get re-elected, including violating the most basic forms of democracy. It’s stunning and it’s dangerous, because it directly threatens our democracy ,” Mr Biden said.

“He’s already convicted himself in full view of the world and the American people.”

The younger Biden received a cushy salary and job on the board of a Ukrainian energy company while his father, then vice president, was a key government figure working on Ukraine.

There is no evidence they did anything illegal, but the appearance of a conflict of interest is haunting the family.

Mr Trump reacted to Mr Biden’s call by using a pejorative nickname, “Sleepy Joe”, and saying the announcement was “pathetic”.

So pathetic to see Sleepy Joe Biden, who with his son, Hunter, and to the detriment of the American Taxpayer, has ripped off at least two countries for millions of dollars, calling for my impeachment – and I did nothing wrong. Joe’s Failing Campaign gave him no other choice!

Mr Biden remains the Democratic frontrunner for the 2020 presidential nomination, but Senator Elizabeth Warren’s campaign has been closing the gap.