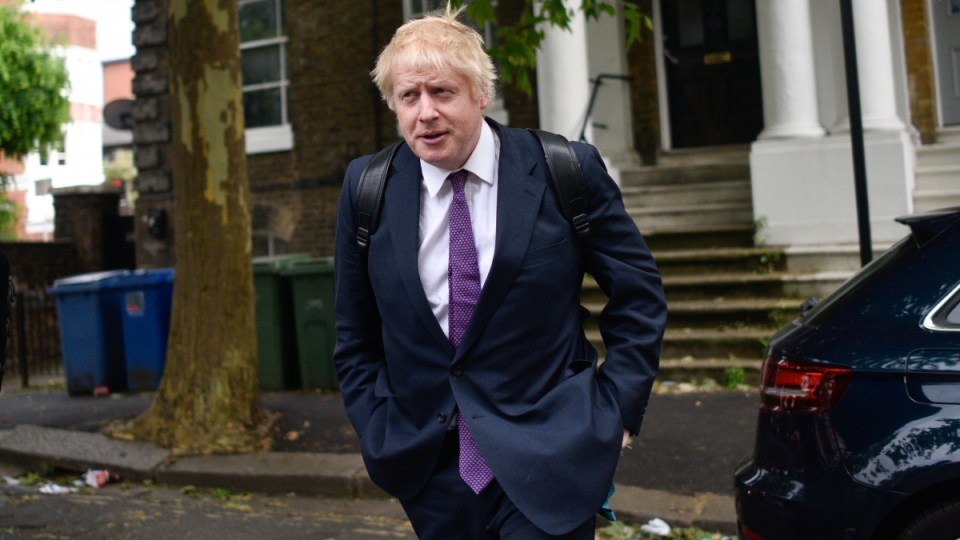 A Downing Street source said Mrs Merkel had “made clear she thinks the EU has a veto on Britain leaving the customs union,” Sky News and the BBC have reported.

A No.10 spokesperson confirmed that it had given a read-out of the phone call but would not immediately share it.

In Berlin, the German government confirmed that the call took place but declined to give details of the “confidential conversation.”

Keir Starmer, the UK opposition Labour party’s Brexit spokesman, accused Johnson’s Conservative government of trying to “sabotage the negotiations” through its remarks on the phone call.

In Brussels, European Council President Donald Tusk tweeted to Johnson that “what’s at stake is not winning some stupid blame game.”

“At stake is the future of Europe and the UK as well as the security and interests of our people,” Mr Tusk wrote.

European Commission spokeswoman Mina Andreeva stressed that the Brussels is still “working for a deal” and technical talks are continuing.

But pro-EU Labour MP Hillary Benn, who instigated new legislation designed to prevent Johnson taking Britain out of the EU without a deal on October 31, said the Downing Street statement was “about blaming Angela Merkel for something that is from Boris Johnson.”

However, Mr Sassoli said that while he had entered Number 10 hoping to hear proposals that could take negotiations forward, he left disappointed. “I must note that there has been no progress,” he said.

“Both sides strongly reiterated their desire to reach a Brexit deal,” RTE quoted a government spokesperson as saying.

Irish Foreign Minister Simon Coveney earlier tweeted that it was “hard to disagree” with Mr Tusk’s statement, which “reflects the frustration across EU and the enormity of what’s at stake for us all.”

Mr Johnson has insisted that Britain must leave the EU on October 31, with or without an exit deal.