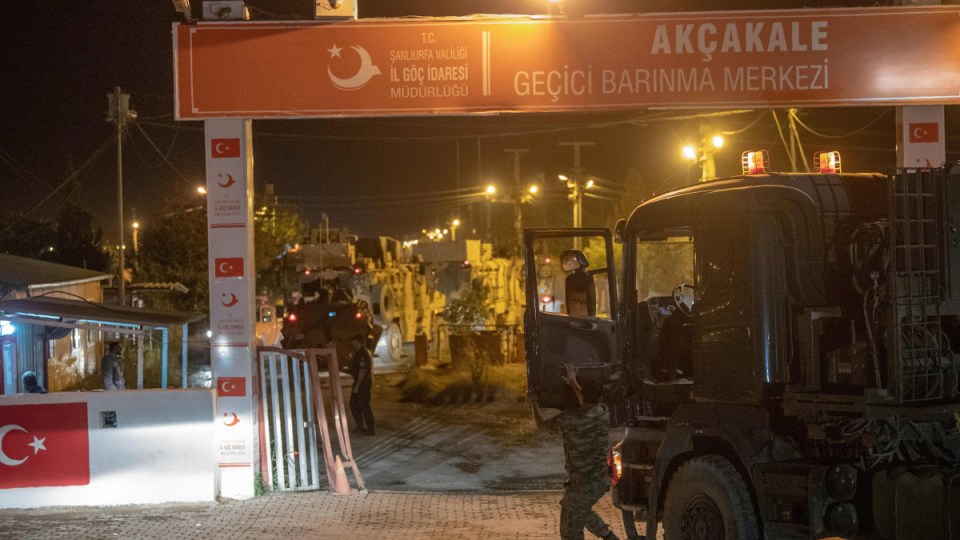 Turkish army soldiers drive towards the border with Syria near Akcakale in Sanliurfa province. Photo: Getty

Turkey says it is ready to advance into north-east Syria now that the US has begun withdrawing troops from the Syrian border following an abrupt policy shift by US President Donald Trump.

Trump’s decision has been widely criticised in Washington as a betrayal of America’s allies, the Kurds.

The US move will leave Kurdish-led forces long allied to Washington vulnerable to attack by the Turkish Armed Forces (TSK), which brands them terrorists because of their links to Kurdish militants who have waged a long insurgency in Turkey.

Giving details of the overnight strike, a security official said one of the main goals was to cut off a transit route between Iraq and Syria often used by Kurdish armed groups “before the operation in Syria”.

It was unclear what damage was done or whether there were casualties. Details of the strike, a joint operation by Turkey’s intelligence service and the military, were hazy.

Trump, meanwhile, denied he had abandoned the Kurdish forces, the most effective US partners in fighting Islamic State in Syria.

But he praised Turkey as a trade partner on Tuesday, in a softening of tone hours after threatening to “totally destroy” Turkey’s economy if it acted “off limits” in Syria.

Turkish President Tayyip Erdogan is to visit the US on November 13 at Trump’s invitation, a White House spokesman said.

On Monday, Mr Erdogan said US troops had started to withdraw after a phone call he had with Trump, adding that talks between Turkish and US officials on the matter would continue.

Signalling a further potential shift in the region’s power balance, the Kurdish-led forces said they might start talks with the Syrian government and Russia to fill a security vacuum in the event of a full US withdrawal.

Trump’s warning on Turkey’s economy on Monday appeared aimed at placating critics who accused him of abandoning the Syrian Kurds by pulling out US forces.

His remarks, reiterated on Tuesday in slightly modified form, met an angry response in Turkey, including from opposition party politicians.

So many people conveniently forget that Turkey is a big trading partner of the United States, in fact they make the structural steel frame for our F-35 Fighter Jet. They have also been good to deal with, helping me to save many lives at Idlib Province, and returning, in very…..

But on Tuesday, Mr Trump tweeted: “So many people conveniently forget that Turkey is a big trading partner of the United States … They have been good to deal with.”