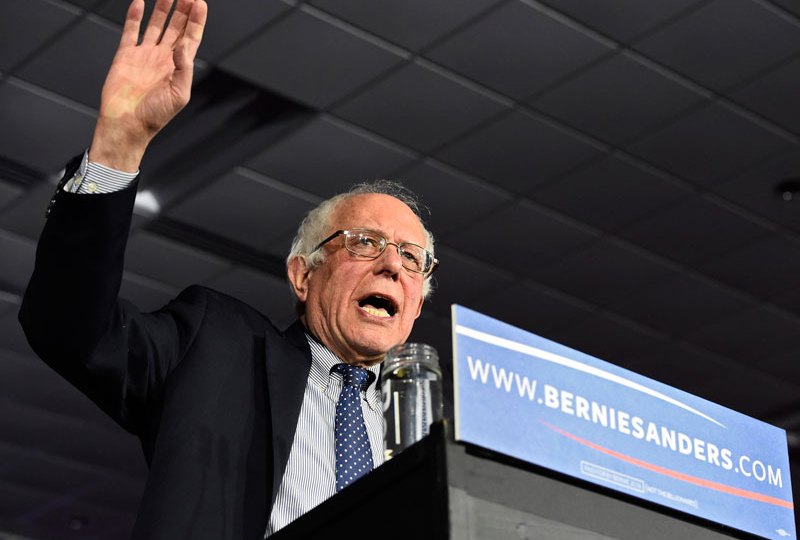 US presidential hopeful Bernie Sanders plans to scale back his campaign appearances after the 78-year-old suffered a heart attack in Las Vegas. Photo: EPA

Presidential candidate Bernie Sanders says he plans to scale back his campaigning after suffering a heart attack last week in Las Vegas.

“I think we’re going to change the nature of the campaign a bit,” the Vermont senator told reporters outside his home in Burlington after a visit to a cardiologist. “I’ll make sure I have the strength to do what I have to do.”

Sanders, 78, said he would probably slow his pace of holding three or four rallies a day, at times in multiple states.

He acknowledged that voters will likely take his age and health into account when they vote.

Sanders, a democratic socialist, is the oldest of the leading contenders for the Democratic nomination, followed by former Vice President Joe Biden, 76, and Massachusetts Senator Elizabeth Warren, 70.

On Tuesday, Sanders said he’d always had a lot of energy, but was “dumb” to have stuck to a gruelling campaign schedule over the last month or two despite feeling “more fatigued than I usually have been.”

“I should have listened to those symptoms,” he said. “If there’s any message that I hope we can get out there, is that I want people to pay attention to their symptoms. When you’re hurting, when you’re fatigued, when you have pain in your chest, listen to it.”

Sanders was speaking to a room of supporters in Las Vegas one evening last week when he stopped the event and asked for a chair. He was taken to a hospital, where doctors discovered he’d had a heart attack. They inserted two stents to clear a blocked coronary artery. He spent three days in the hospital.

I want to thank the doctors, nurses, and staff at the Desert Springs Hospital Medical Center for the excellent care that they provided. After two and a half days in the hospital, I feel great, and after taking a short time off, I look forward to getting back to work. pic.twitter.com/HjBc9LPjo4

It’s not yet clear when Sanders will resume campaigning, but he plans to participate in a CNN debate on October 15 in Ohio.