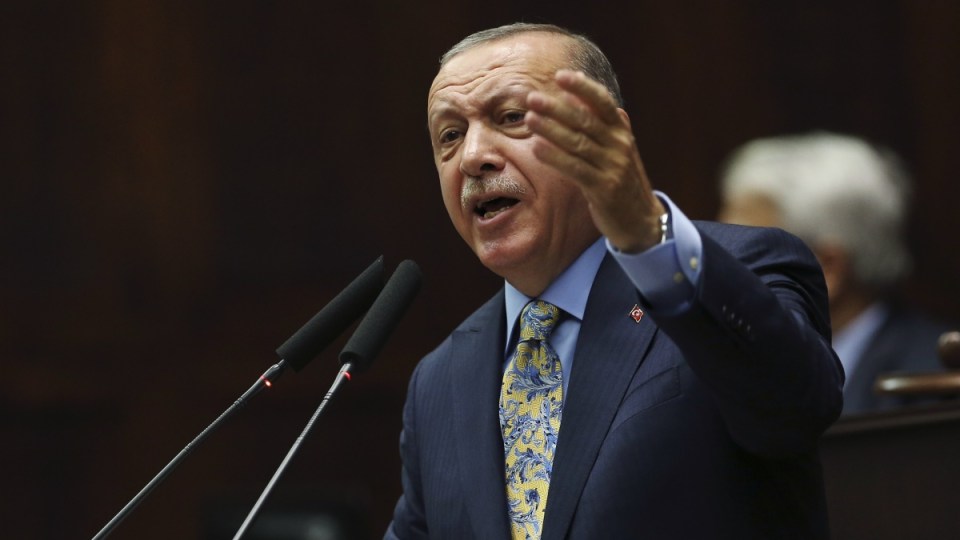 The White House says that Turkey will soon invade northern Syria, renewing fears of a slaughter of Kurdish fighters allied with the US in a years-long campaign against the Islamic State group.

For months, Turkish President Recep Tayyip Erdogan has been threatening to launch a military assault on the Kurdish forces in Northern Syria, many of whom his government considers terrorists.

Turkey would also become responsible for all Islamic State group prisoners in the area, the US statement said.

The Kurdish forces bore the brunt of the US-led campaign against Islamic State militants, and Republicans and Democrats have warned that allowing the Turkish attack would send a troubling message to American allies across the globe.

US troops “will not support or be involved in the operation” and “will no longer be in the immediate area”, in northern Syria, White House press secretary Stephanie Grisham said in an unusual late-Sunday statement that was silent on the fate of the Kurds.

It was not clear whether that meant the US would be withdrawing its 1000 or so troops completely from northern Syria.

The announcement came after a call between President Donald Trump and Erdogan, the White House said.

In December, Trump announced he was withdrawing American troops from Syria but was met with widespread condemnation for abandoning Kurdish allies to the Turkish assault.

The announcement prompted the resignation in protest of then-Defense Secretary Jim Mattis, and a coordinated effort by then-national security adviser John Bolton to try to protect the Kurds.

BREAKING: In an extraordinary Sunday night statement, the White House announces that the US “will no longer be in the immediate area” of Northern Syria, allow Turkey to launch an invasion in the region and give Turkey responsibility for captured ISIS fighters in the area. pic.twitter.com/Ytu8t3BLUg

The White House statement Sunday said Turkey will take custody of foreign fighters captured in the US-led campaign against the Islamic State group who have been held by the Kurdish forces supported by the US.

Ambassador James Jeffrey, the State Department envoy to the international coalition fighting the Islamic State group, and Trump have said there are about 2500 foreign fighters captured in the fight against the Islamic State that the US wants Europe to take.

Trump has repeatedly demanded that European countries, particularly France and Germany, take back their citizens who joined the militant organisation.

US pullout clears the way for Turkey to invade northern Syria