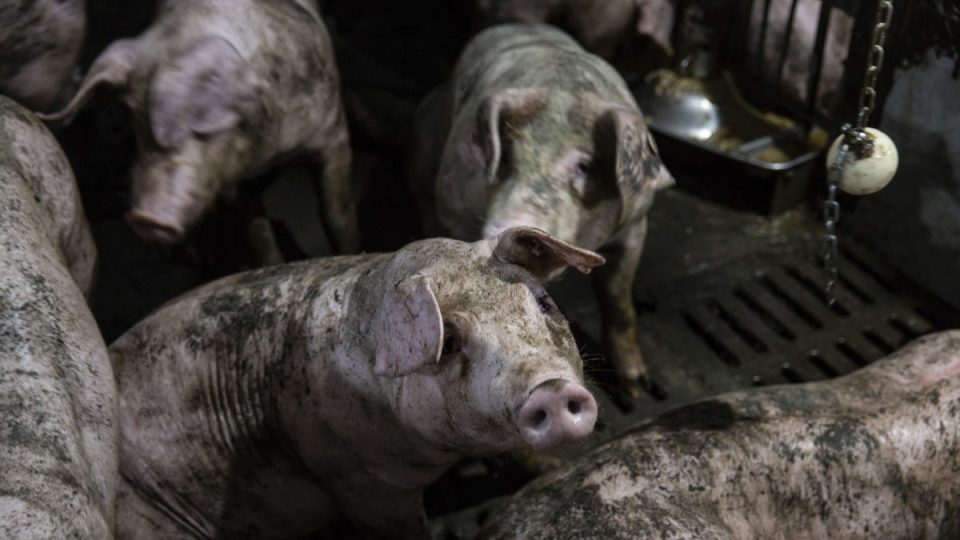 Chinese farmers are now rearing piglets to the size of polar bears, to combat a critical pork shortfall. Photo: Getty

That’s the mantra guiding China’s farmers, who are struggling to keep up with demand in one of the world’s highest-consuming pork nations.

Farmers in the southern Chinese province of Guangxi are resorting to breeding giant hogs to the scale of 500 kilograms.

At slaughter, the big pigs can sell anywhere in the vicinity of 10,000 yuan ($2093), the equivalent of three times the region’s average monthly disposable income.

Independent farmers in China’s north-east are also following the trend, rearing their droves to hit an ideal weight between 175 and 200 kilograms.

So, what’s driving the need for such sizeable swine?

Apart from the already-astronomical prevalence of pork in the Chinese diet, the nation’s pig population has been left stricken by an outbreak of African swine fever.

Some estimates suggest numbers have been slashed by half, prompting the government to encourage farmers to increase their pork production.

China’s Vice-Premier Hu Chunhua warned the country could experience a critical shortfall lasting until the first half of 2020.

With the nation facing a 10 million tonne shortage of pork, more than what’s available to purchase in overseas markets, Mr Hu urged farmers to trot out and restock.

But the skyrocketing price of new piglets and sows may mean that, at least for now, pigger is better.