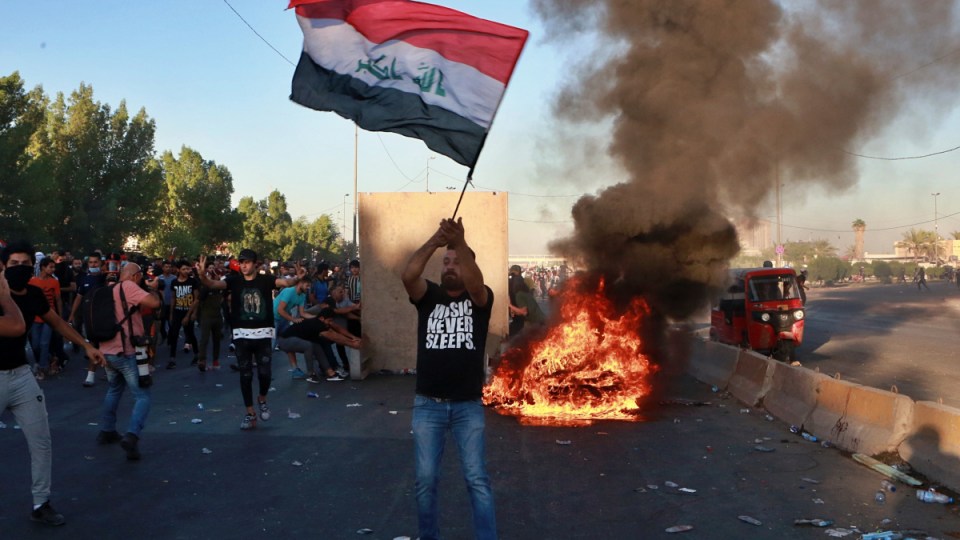 Police snipers have fired at demonstrators in Baghdad as the death toll rose to 65 people in three days of violent national protests against government corruption.

Prime Minister Adel Abdul Mahdi called for calm as more than 190 people were wounded in the capital on Friday, but protesters scorned his promises of political reform.

Iraq’s most influential cleric pinned the blame for the violence on politicians who had failed to improve the lives of the public, and ordered them to meet the protesters’ demands.

Another politically powerful cleric pulled his opposition faction’s lawmakers out of parliament, a gesture likely to fuel the passions behind the unrest.

On the streets of Baghdad, police appeared to be targeting individual protesters.

Reuters reporters saw one fall to the ground after being shot in the head. He was pronounced dead in hospital.

Elsewhere, a Reuters television crew saw a man critically wounded by a gunshot to the neck after snipers on rooftops opened fire at a crowd.

Sporadic shooting could be heard in Baghdad into the late evening.

The violence is the worst since Iraq put down an insurgency by Islamic State two years ago.

The protests arose in the south, heartland of the Shi’ite majority, but quickly spread, with no formal leadership.

Security and medical sources gave a death toll on Friday of 65 killed and 192 wounded across Iraq in three days, the vast majority of the deaths in the last 24 hours as the violence accelerated.