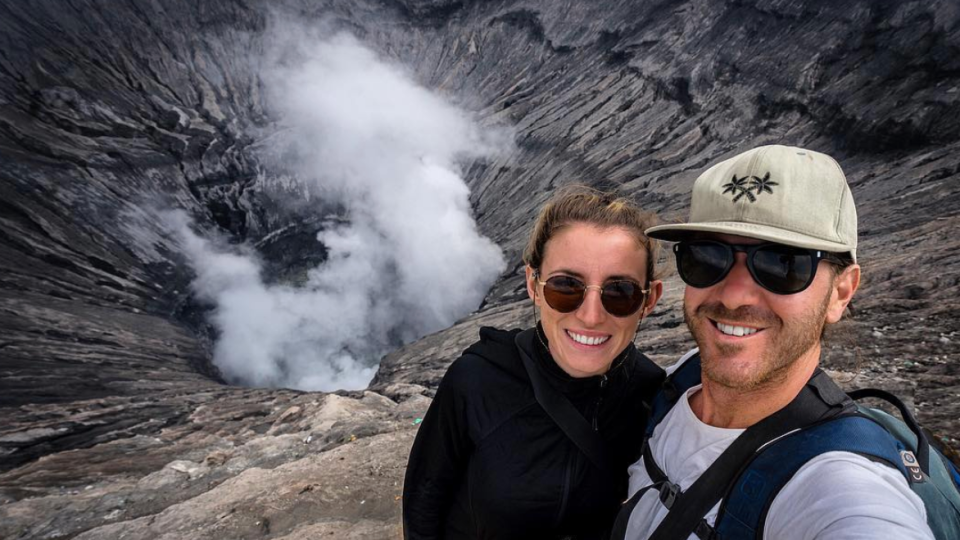 Australian couple Jolie King and Mark Firkin were believed to have been held in Iran's notorious Evin Prison. Photo: Instagram

Perth travel bloggers Jolie King and Mark Firkin are “extremely happy and relieved” to be reunited with loved ones at home in Australia after being released from an Iranian prison.

In a statement released on Saturday afternoon, the couple said the past few months had been “very difficult”.

“While the past few months have been very difficult, we know it has also been tough for those back home who have been worried for us.

“We are grateful for the efforts of the Australian government in helping secure our release, and we thank our family and friends for their love and support.”

The couple spent almost three months in the notorious Evin prison after they were arrested for flying a drone near a military zone without a licence.

Foreign Minister Marise Payne told reporters on Saturday the couple had been released, all charges were dropped and that the “ordeal they have been through is now over”.

“They are being reunited with their loved ones, which is a source of great relief and joy to everyone. They are in good health and in good spirits.

“Jolie and Mark were arrested and detained in Iran … the government has worked very hard through diplomatic channels to secure their release,” Ms Payne said.

University of Melbourne academic Kylie Moore-Gilbert is still imprisoned in the country after being charged with spying in October 2018.

Ms Payne said Dr Kylie Moore-Gilbert’s case was “very complex” as she has been sentenced to 10 years in jail.

“We are continuing our discussions with the Iranian government, we don’t accept the charges upon which she was convicted and we will seek to have her returned to Australia,” she said.

Ms King and Mr Firkin have now requested privacy as they seek to “get back to (their) normal lives”.

“We know there are others who remain in detention in Iran, including a fellow Australian, and believe intense media coverage may not be helpful for efforts to bring them home,” they added.

The pair had been globetrotting since 2017, documenting their travels under the user name The Way Overland on YouTube and to nearly 20,000 followers on Instagram.

New video up now on YouTube of our first stretch of the Karakoram Highway. . In the pic is Passu Galcier. (Although the valley behind Jolie was cut by the glacier it’s actually behind us. Due to low cloud and rain the scenery was much more dramatic this way!). . Pakistan has more glaciers than almost anywhere in the world outside the polar regions. Although warming temperatures are having a significant affect on most, in the higher and more cold regions of the Karakoram the glaciers are considered stable and some even expanding. One is even known to be ‘surging’ and threatening villages. This pattern which goes against global trends is known as the ‘Karakoram Anomaly’. . Anyway, fun facts aside – the scenery here is massive and dramatic, and you can check out us starting to explore the region through the link on our profile. The actual glacier will be up in the next episode so stay tuned. 🏔🚐🇵🇰 . . . . . . . . . . #pakistan #karakoram #overland #vanlife #roadtrip #expedition #vlog #wildernessculture #trek #nature #youtube #thekarakoramclub #wildernessnation #blog #cnntravel #mountain #bbctravel #hike #travellingthroughtheworld #projectvanlife #hunza #passu #passuglacier #overlandjournal #glacier #camperlifestyle #expeditionportal #iamtb #gilgit

On a crowd-funding page, they described their “life-changing adventure” as an escape from the daily corporate grind.

The couple had typically uploaded videos to social media every week or so. But their 60th, and final, video was about two months ago – with the silence prompting concerns from fans.

“You guys OK? It’s been a while,” one follower wrote.

Mr Firkin is reportedly a construction manager while Ms King is a building designer. They met about 2012 and moved from NSW to Perth in 2015.

Earlier in September, Prime Minister Scott Morrison said Department of Foreign Affairs officials had been involved in the cases for “some time” and their work would continue.

He said the government would continue to carefully pursue the “very sensitive” cases.

“They’re never issues that are addressed well by offering public commentary on them,” he said.

Ms King’s and Mr Firkin’s families released a statement through DFAT on September 18, saying they hoped to see the couple again as soon as possible.

“We have no further comment to make at this stage and ask that the media respects our privacy at this difficult time,” they said.

Drone use with a permit is allowed in Iran, but there are strict conditions.

People must not fly drones over people or large crowds, over the city of Tehran, or over sensitive areas.

Flying a drone without a permit in Iran is punishable by six months in prison followed by immediate deportation.

The notorious Evin prison is where Iran holds its political prisoners and has a reputation for being the scene of various human rights abuses, including summary executions.

Senator Payne reiterated that Australia’s official travel advice for Iran is currently set to “reconsider your need to travel”, with the highest warning level “do not travel” applying in some parts of the country.

“It goes to show the importance of appreciating the circumstances, the laws, the conditions of the countries in which Australians travel and the importance to review those whenever you make the decision to travel,” she said.

Opposition Leader Anthony Albanese congratulated the Department of Foreign Affairs and Trade for its work in bringing the couple home.