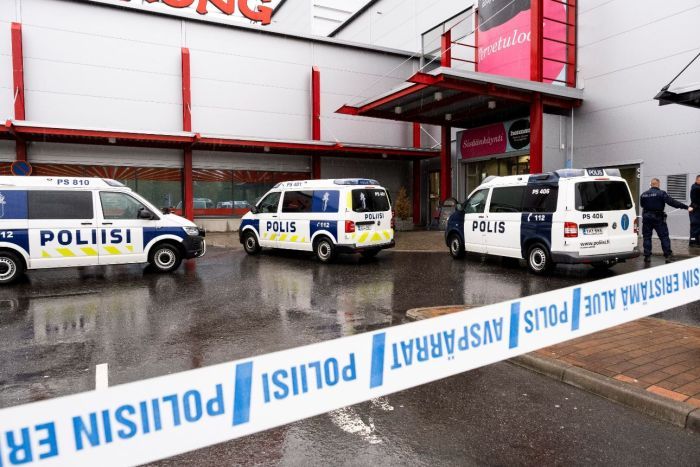 Police said the suspect was badly injured when they opened fire. Photo: AP

A man with a sword-like weapon and a firearm has killed one person and wounded at least nine others at a shopping centre in central Finland.

The attacker was also wounded and taken into custody after the assault in the town of Kuopio.

Police said officers were forced to use a gun to stop the violence at the Herman shopping centre, which was evacuated on Tuesday, but did not confirm that they shot the suspect, a Finnish national.

One officer was slightly injured, and the conditions of the other wounded, including the attacker, were not immediately available.

Police have not provided a possible motive or given any further details.

Prime Minister Antti Rinne tweeted that the violence was “shocking and totally condemnable”.

The shopping centre houses the Savo Vocational College, where the attacker allegedly entered with some sort of sword, according to Finnish media.

Finnish newspaper Iltalehti cited a witness saying the man was a student at the college.

He entered a class with a bag and took out some kind of sword and hit the teacher with it, Iltalehti reported.

A panic broke out among the students and some of them started to throw chairs at the attacker, who fled the scene, it said.

Man kills one in rampage at Finnish mall