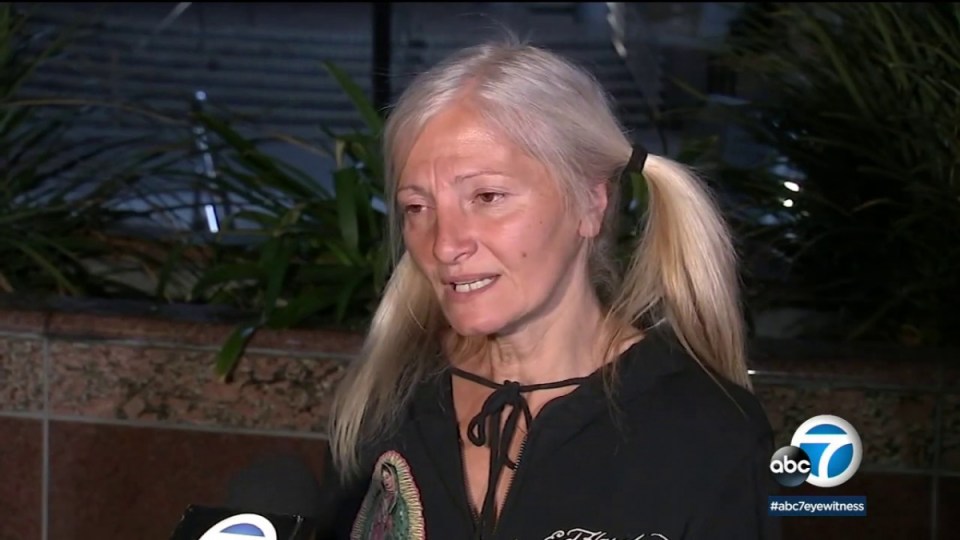 Maria Zamourka hit hard times after a string of debilitating health issues and the theft of her violin. Photo: ABC7

Parents – if you need a shining example to explain ‘never judge a book by its cover’ to your children, then this story is certainly it.

A homeless Los Angeles woman has achieved instant viral fame, and potentially launched her professional career, after her spine-tingling opera singing caught the attentive ears of an LAPD officer.

Metres below the Californian metropolis’ Koreatown district, the mystery woman, with shopping bags and trolley in tow, could be heard launching into Puccini’s classic, O mio babbino caro.

After realising her angelic vocals were being recorded, she continues – the warbles reverberating through the Metro station.

Watch the stunning video below

4 million people call LA home. 4 million stories. 4 million voices…sometimes you just have to stop and listen to one, to hear something beautiful. pic.twitter.com/VzlmA0c6jX

The woman was later identified as 52-year-old Emily Zamourka, who grew up in Russia and immigrated to America as a 24-year-old classically trained violinist and pianist.

But amazingly, she’s never had any formal voice coaching.

Zamourka says she found herself out of work after a suffering a string of debilitating health problems.

She would then busk on LA’s busy streets, until her $10,000 violin was stolen three years ago.

“[The violin] was my income. It was my everything to me – I could not actually pay any of my bills and could not pay any more of my rent,” Zamourka later told local television networks.

“I am sleeping, actually, on the cardboard in the parking lot. I’m sleeping where I can sleep.”

The original video has now been viewed more than 560,000 times, with many social media users flagging Ellen DeGeneres and America’s Got Talent in hope of them identifying her talents.

For Zamourka, she just hopes her new-found fame will help rescue her from her current circumstances.

“I will be so grateful to anyone who is trying to help me get off the streets,” she said.

A crowdfunding campaign has been established to help her find a new instrument and assist in finding immediate housing.