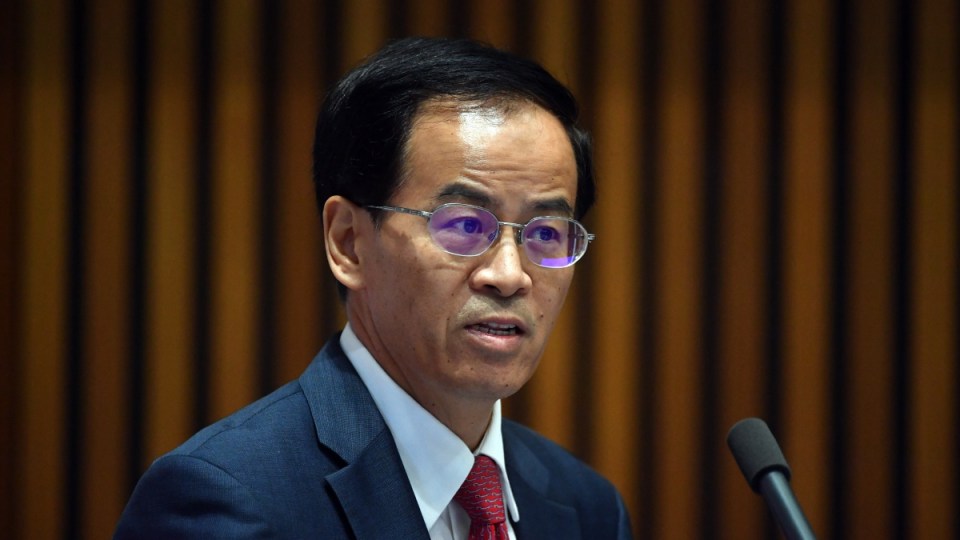 China’s ambassador to Australia has reminded Canberra about our economic dependence on the global superpower amid tensions between the two nations.

Cheng Jingye said it was important to remember the reasons behind Australia’s 28 years of economic growth and predicted return to budget surplus.

“China’s growth and the co-operation between China and Australia in trade, economic and other areas, is a major factor in that growth,” he told The Australian on Tuesday.

Mr Cheng’s comments come as China prepares to celebrate the 70th anniversary of the communist revolution with a massive military parade in Beijing on Tuesday.

Australia’s relations with Beijing have been frosty with a range of diplomatic tensions happening alongside China’s trade dispute with the US, Canberra’s closest strategic ally.

“I want to stress, the need is for both sides to increase mutual respect and to handle their differences in the proper way,” Mr Cheng said.

“And we need to look at each other’s development as an opportunity … to enhance mutual trust, while reducing prejudices and suspicions.”

The ambassador also pledged that detained Australian writer Yang Hengjun would get a fair trial but refused to detail the allegations against him.

Australia’s major political parties are becoming increasingly divided over the best way to manage the relationship with China.

Labor has criticised Prime Minister Scott Morrison for taking pot shots at China while he was in the US last week.

Mr Morrison said the government was carefully negotiating its relationships with both nations.

“I would urge those in Labor to be less confused, less naive and show a bit more maturity on this question and not seek to talk down Australia’s relationships, particularly when we’re overseas,” he said.