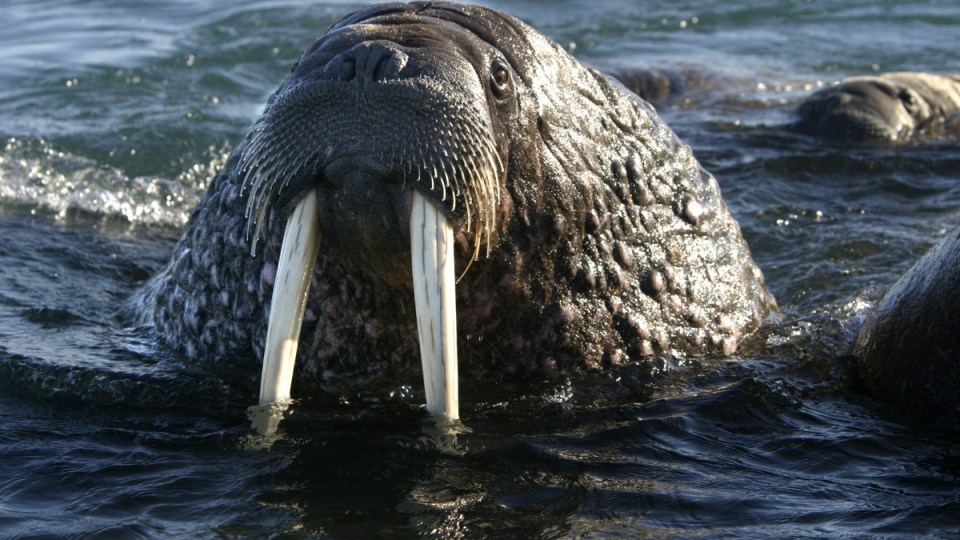 The Russians on board the ship say the walrus was defending her cubs. Photo: AAP

An angry walrus has attacked and sunk a Russian Navy boat carrying researchers in the Arctic Ocean.

The Russian Geographical Society said female walrus was protecting its calves when it targeted the boat, which was carrying members of a joint expedition from Russia’s Northern Fleet and the society

According to the Russian Defence Ministry, the walrus attacked as expedition members were being landed near Cape Geller.

“The boat sank, but tragedy was avoided thanks to the clear actions of the squad leader,” the geographical society said.

“All the landing participants safely reached the shore.”

The defence ministry said the crew managed to steer the craft away from the angry walrus. The animal was not harmed.

The geographical society said “the polar latitudes are fraught with many dangers”.

“The incident is another confirmation that no one is expecting humans in the Arctic.”

The joint defence ministry-geographical society mission, aboard a rescue tugboat, is investigating flora and fauna in Franz Josef Land, and making glaciological observations.

It is also mapping historical expeditions, including those of Austro-Hungarian military officer Julius von Payer in 1874, and American explorer Walter Wellman in 1898.

The walrus encounter is perhaps the most threatening for the Russian Navy in the region since Norwegian fishermen reported in May that a suspected Russian spy whale was refusing to leave their port city.

The fishing crews noticed the whale when it swam around their boat in Arctic Norway. It was wearing a tight harness with “Equipment St Petersburg” written on the strap, and a camera attachment.

Russia has previously denied reports it uses marine animals such as whales and dolphins in special operations programs.