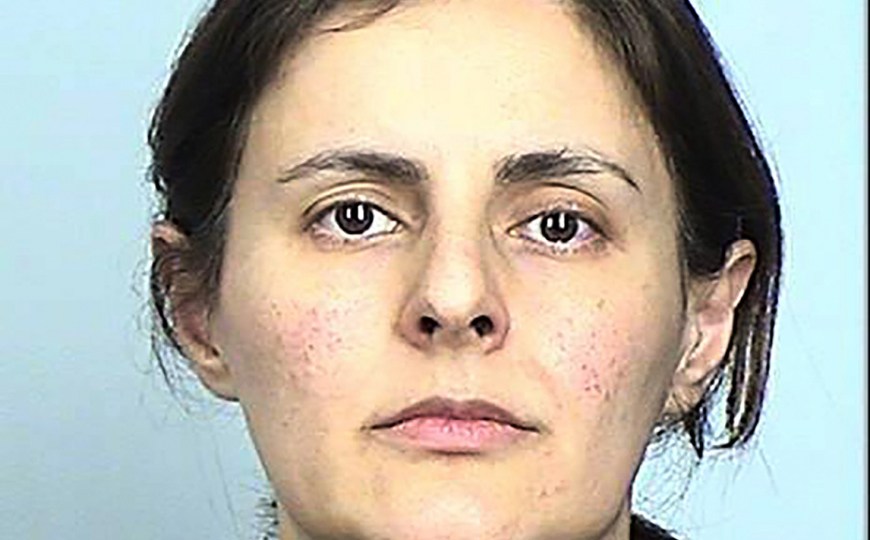 Negar Ghodskani was sentenced to a time served sentence and is expected to be reunited soon with her young son and husband in Iran. Photo: AAP

A US judge has ruled an Iranian mother arrested in Australia, forced to give up her newborn son and extradited to Minneapolis has spent enough time in prison.

The case involving former Adelaide cleaner Negar Ghodskani drew worldwide headlines and caught the attention of Iran’s Foreign Minister Mohammad Javad Zarif after she was arrested in Australia in 2017.

Ghodskani, 40, was pregnant at the time of her arrest and gave birth to her son Nickan in custody in Adelaide ahead of her extradition to the US.

US District Court Judge Joan Ericksen agreed in Minneapolis on Tuesday with Ghodskani’s lawyer Robert Richman the 27 months she had already spent in custody in Australia and the US was enough.

The judge sentenced Ghodskani to a time served sentence.

“The court sentenced her to time served.

“We are expecting she will be deported back to Iran in the next few weeks.”

US prosecutors had asked for a prison sentence of around three to five years.

Ghodskani’s path to prison began in Iran in 2008 when she was hired by Iranian telecommunications manufacturer Fana Moj, whose principal customer was the government-owned Islamic Republic of Iran Broadcasting radio and TV network.

Ghodskani flouted US sanctions on Iran by purchasing US electronics components and products for her company.

In 2009 Ghodskani moved to Malaysia to work at Fana Moj front company Green Wave Telecommunication and continued to thwart international sanctions by sourcing items needed by her employer.

Ghodskani successfully applied to Australia for a skilled worker visa in 2012, quit her job in Malaysia and moved to Adelaide with her husband, former Iranian sports journalist Ali Lotfisetan.

The couple worked at McDonald’s and other jobs in Adelaide before saving enough money to buy a house cleaning business.

Ghodskani was four months pregnant when Australian Federal Police arrested her on behalf of US authorities at her Adelaide home.

She was held in custody ahead of extradition, gave birth under guard in an Adelaide hospital and was forced to hand over her newborn son before returning to jail.

Her conviction led to her husband losing his Australian immigration status and he was forced, with their son, to move back to Iran.

Mr Lotfisetan described in a heartbreaking letter to the judge the pain his wife endured handing over their son in the hospital and also how the toddler has been separated from his mother for so long he does not know who she is.

“Her primary concern is reuniting with her husband and son as quickly as possible,” Mr Richman said.

Media reports had raised speculation Iran was interested in swapping Ghodskani for Australian backpackers Jolie King and Mark Firkin who are being held at Iran’s notorious Evin prison.

Mr Zarif, during a visit to New York in April, promoted a prisoner swap involving Ghodskani and westerners held in Iran’s prisons.

“Nobody talks about this lady in Australia who gave birth to a child in prison, whose child is growing up outside prison with the mother in prison,” Mr Zarif said at an Asia Society event in Manhattan.

“I put this offer on the table publicly now – exchange them.”