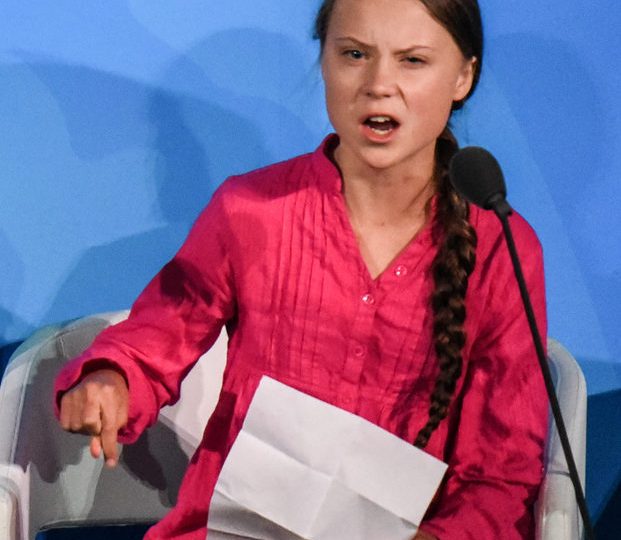 Teenage climate activist Greta Thunberg has responded to a perceived jab by Donald Trump by quoting the US President in her Twitter bio.

Hours after Ms Thunberg’s passionate speech at UN headquarters on Tuesday, in which she told world leaders they had “stolen my dreams and my childhood”, Mr Trump tweeted a seemingly sarcastic response.

Ms Thunberg did not respond to Mr Trump’s tweet directly, but instead updated her profile to include the quote “a very happy young girl looking forward to a bright and wonderful future”.

Before the change, Ms Thunberg’s bio had been “16 year old climate activist with Asperger’s”.

Her speech on Monday, at an event aimed at mobilising government and business to break international paralysis over carbon emission, made headlines around the world.

“This is all wrong. I shouldn’t be up here. I should be back in school on the other side of the ocean, yet you all come to us young people for hope. How dare you,” said the 16-year-old.

“You have stolen my dreams and my childhood with your empty words.

“We are in the beginning of a mass extinction and all you can talk about is money and fairy tales of eternal economic growth.”

Ms Thunberg and Mr Trump briefly crossed paths at the event, with a video of the young Swede’s reaction going viral.