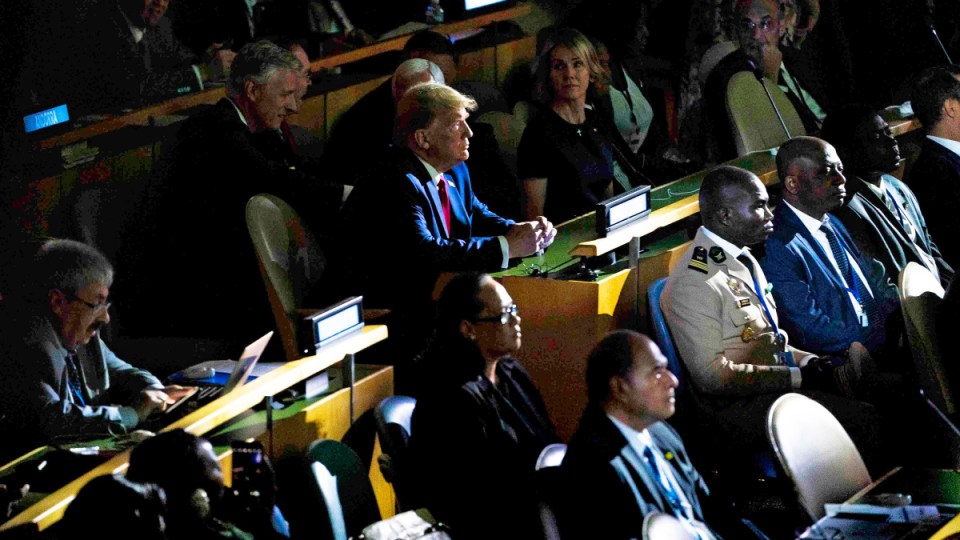 Donald Trump could become just the third President to be impeached. Here's how it works. Photo: New York Times

US Speaker Nancy Pelosi announced Wednesday morning that the House of Representatives would launch a formal impeachment inquiry in response to the dispute over President Donald Trump’s efforts to pressure Ukraine to investigate his potential 2020 rival, former Vice President Joe Biden.

The rising furore has heightened interest in how the impeachment process works. Here’s what you need to know:

The Constitution permits Congress to remove presidents before their term is up if enough lawmakers vote to say that they committed “treason, bribery, or other high crimes and misdemeanours”.

Only three US presidents have been subjected to impeachment proceedings. Two were impeached — Andrew Johnson in 1868 and Bill Clinton in 1998 — but ultimately acquitted and completed their terms in office. A third, Richard M. Nixon, resigned in 1974 to avoid being impeached.

The term “high crimes and misdemeanours” came out of the British common law tradition: It was the sort of offence that Parliament cited in removing crown officials for centuries. Essentially, it means an abuse of power by a high-level public official. This does not necessarily have to be a violation of an ordinary criminal statute.

In 1788, as supporters of the Constitution were urging states to ratify the document, Alexander Hamilton described impeachable crimes in one of the Federalist Papers as “those offences which proceed from the misconduct of public men, or, in other words, from the abuse or violation of some public trust. They are of a nature which may with peculiar propriety be denominated POLITICAL, as they relate chiefly to injuries done immediately to the society itself.”

What is the process?

In both the Nixon and the Clinton cases, the House Judiciary Committee first held an investigation and recommended articles of impeachment to the full House. In theory, however, the House of Representatives could instead set up a special panel to handle the proceedings — or just hold a floor vote on such articles without any committee vetting them.

When the full House votes on articles of impeachment, if at least one gets a majority vote, the president is impeached – which is essentially the equivalent of being indicted.

Next, the proceedings move to the Senate, which is to hold a trial overseen by the chief justice of the Supreme Court.

A team of lawmakers from the House, known as managers, play the role of prosecutors. The president has defence lawyers, and the Senate serves as the jury.

If at least two-thirds of the senators find the president guilty, he is removed, and the vice president takes over as president. There is no appeal.

How does a House impeachment inquiry start?

This has been a subject of dispute. During the Nixon and Clinton impeachment efforts, the full House voted for resolutions directing the House Judiciary Committee to open the inquiries. But it is not clear whether that step is strictly necessary, because impeachment proceedings against other officials, like a former federal judge in 1989, began at the committee level.

The House Judiciary Committee, led by Democratic Congressman Jerrold Nadler has claimed – including in court filings – that the panel is already engaged in an impeachment investigation. Mr Trump’s Justice Department has argued that since there has been no House resolution, the committee is just engaged in a routine oversight proceeding.

Ms Pelosi did not say in her announcement that she intended to bring any resolution to the floor.

Whether or not it is necessary, it has not been clear whether a resolution to formally start an impeachment inquiry would pass a House vote, although the number of Democrats who support one has recently been surging. Currently, The New York Times counts 179 members who say they favour impeachment proceedings, 73 who say they oppose them or are undecided, and 183 who have not responded to the question.

What are the rules for a Senate trial?

There are no set rules. Rather, the Senate passes a resolution first laying out trial procedures.

“When the Senate decided what the rules were going to be for our trial, they really made them up as they went along,” Gregory B. Craig, who helped defend Mr Clinton in his impeachment proceeding and later served as White House counsel to President Barack Obama, told The Times in 2017.

For example, Mr Craig said, the initial rules in that case gave Republican managers four days to make a case for conviction, followed by four days for the president’s legal team to defend him. These were essentially opening statements. The Senate then decided whether to hear witnesses, and if so, whether it would be live or on videotape. Eventually, the Senate permitted each side to depose several witnesses by videotape.

What are the standards for impeachment and removal?

The Constitution does not specify many, making impeachment and removal as much a question of political will as of legal analysis.

For example, the Constitution does not detail how lawmakers may choose to interpret what does or does not constitute impeachable “treason, bribery, or other high crimes and misdemeanours.” Similarly, there is no established standard of proof that must be met.

Is the Senate obligated to hold a trial?

The Constitution clearly envisions that if the House impeaches a federal official, the next step is for the Senate to hold a trial. But there is no obvious enforcement mechanism if Sen. Mitch McConnell, R-Ky., the majority leader, were to simply refuse to convene one — just as he refused to permit a confirmation hearing and vote on Obama’s nominee, Judge Merrick Garland, to fill a Supreme Court vacancy in 2016.

Still Walter Dellinger, a Duke University law professor and a former acting solicitor general in the Clinton administration, said it is unclear whether it would be Mr McConnell or Chief Justice John G. Roberts Jr. who wields the authority to convene the Senate for the purpose of considering House-passed articles of impeachment.

Either way, though, he noted that the Republican majority in the Senate could vote to immediately dismiss the case without any consideration of the evidence if it wanted.

To date, Senate Republicans have given no indication that they would break with Mr Trump, especially in numbers sufficient to remove him from office.

‘I am not afraid’: The modern unknown soldier risks it all in Ukraine
Greens sign up for Labor’s looming jobs-and-skills summit as Liberals stick with boycott
Joe Biden’s $430b green victory for the environment
China cementing its Thailand ties with joint military exercises
NRL: Titans frantic to end 10-game losing streak as Manly showdown looms
AFL: Western Bulldogs cling to finals hopes after GWS thriller
Interstellar comet 2I Borisov set to zoom past Australia over summer
Today's Stories

US President Donald Trump faces an impeachment investigation. This is the process