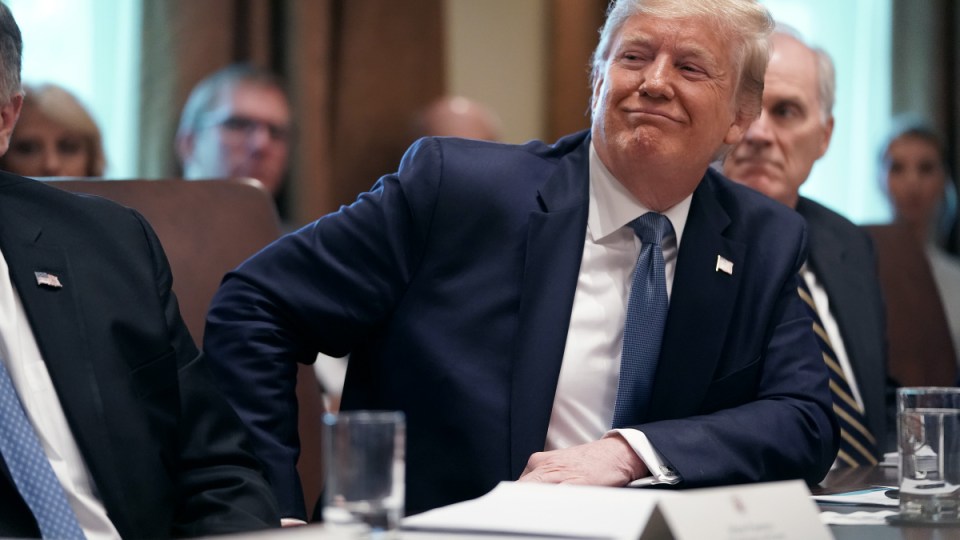 Even as President Donald Trump was making guardedly optimistic noises about a US-China trade truce with Prime Minister Scott Morrison by his side, Beijing was upping the ante.

Chinese officials on Saturday unexpectedly cancelled a visit to farms in Montana and Nebraska amid two days of ongoing talks in Washington.

The delegation was expected to visit US farmers next week as a goodwill gesture, but cancelled to return to China sooner than originally scheduled.

The move is being seen as a hard-line declaration that Beijing is not about to yield to either US pressure or concessions it considers inadequate.

The about-face comes after the United States lifted tariffs on more than 400 Chinese products.

The Chinese embassy and the US Department of Agriculture did not immediately respond to requests for comment.

China is the world’s largest pork market and the largest importer of soybeans.

Chinese and US negotiators are holding two days of talks that were expected to focus heavily on agriculture, and lay the groundwork for high-level talks in early October that would determine whether the world’s top two economies are working towards a solution or headed for new and higher tariffs on each other’s goods.

President Donald Trump, speaking earlier in the day to reporters at a White House meeting with Australian Prime Minister Scott Morrison, said the US was taking in billions of dollars from tariffs imposed on Chinese products, adding that the total would soon reach $US100 billion.

Talks were going well, though, he indicated. “I will say this: we’re making a lot of progress with China,” the Republican president said.

“We’re looking for a complete deal. I’m not looking for a partial deal,” he said, adding that he did not need a deal to happen before the 2020 presidential election.

The Trump administration and China’s Communist Party remain far apart on issues that are the basis of their trade dispute, including the US declaring some Chinese state companies national security risks, and Beijing’s refusal to revamp its economic model by eliminating subsidies for state companies.

The United States Trade Representative’s office issued three Federal Register notices a wide range of products from tariffs in response to requests from US companies, which argued that the levies would cause economic hardship.

A delegation of about 30 Chinese officials, led by Vice-Finance Minister Liao Min, met counterparts at the US Trade Representative’s office near the White House. Deputy USTR Jeffrey Gerrish led the US delegation.

Trade experts, executives and government officials in both countries say that even if the September and October talks produce an interim deal, the US-China trade war has hardened into a political and ideological battle that runs far deeper than tariffs and could take years to resolve.

At the White House, Australia’s Morrison said a US-China deal would put global trade on a stronger footing.

China pushes back on US trade talks