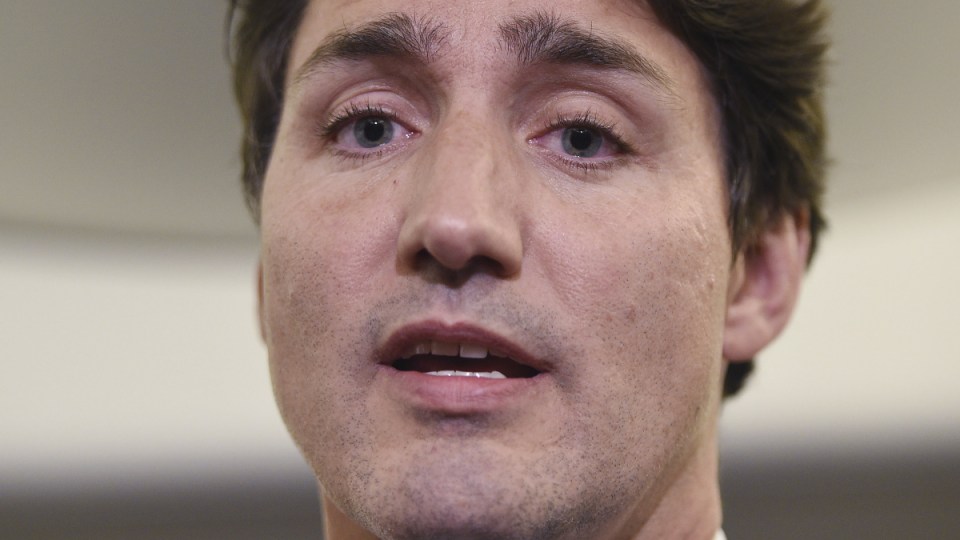 Prime minister Justin Trudeau has positioned himself as a champion of inclusivity but has been exposed for wearing blackface on three occasions. Photo: AAP

Canadian Prime Minister Justin Trudeau’s racism scandal has deepened with the emergence of another two separate examples of him wearing blackface as a younger man.

Mr Trudeau has been forced to apologise again for a new video and photo from two different occasions in which he is seen imitating a person of colour.

It follows the first bombshell image published by Time magazine showing the then 29-year-old private school teacher painted brown as an Aladdin character for an Arabian Nights party in 2001.

A shame-faced Mr Trudeau on Friday told reporters he could not recall how many times he wore blackface as a young man.

“I am wary of being definitive about this because the recent pictures that came out, I had not remembered,” he said in Winnipeg.

The additional two examples bring to three the number of confirmed occasions in which a younger Mr Trudeau dressed up and painted his skin in dark colours.

In the second image he wears a frizzy wig at a high school talent show while apparently singing “Day O”, a traditional Jamaican song made famous by Harry Belafonte.

In the footage obtained by Global News, he is dressed in a white T-shirt and jeans, painted dark, and is seen making faces and sticking his tongue out.

The Liberal party confirmed the tape was in fact the prime minister and dated to the decade before the Arabian Nights party.

“We can confirm that it is him and it’s from the early 1990s,” a Liberal official said.

Mr Trudeau, who is campaigning for re-election on October 21, has positioned himself as a champion of social justice and has a diverse cabinet including Sikhs and Indigenous Canadians.

After the first image was exposed by Time magazine, the Liberal leader apologised in a conference call to his 338 candidates in next month’s federal election.

“The prime minister expressed his apology and regret and said this happened 20 years ago,” one Liberal who was on the call said.

“He said this is the moment for us to continue to work together to understand the pain of people who are on the receiving end of racism and stereotypes.”

Even before the brown-face scandal, the race going into the October 21 vote was tight.

But the release of the bombshell images could be a turning point, in part because Liberals have traditionally attracted support from immigrant communities.

Head of EKOS Research polling company Frank Graves said the images were clearly damaging but their full impact would not become clear for a week or more.

“I don’t think it will be fatal but time will tell. The Liberals have high ground on the diversity and racism file, and Trudeau needs to unremittingly note how he screwed up … Voters will then decide,” Mr Graves said.

Mr Trudeau has championed racial equality and diversity as prime minister over the past four years, and he has three prominent ministers of Indian descent in his cabinet.

Conservative Party leader Andrew Scheer, Mr Trudeau’s main rival, said that the video was proof the prime minister lied during his apology on Wednesday because he only mentioned having dressed in brown face twice.

“He did something that was racist and he lied about the extent of such activities,” Mr Scheer told reporters in Saint-Hyacinthe, Quebec.

But Mr Scheer also acknowledged the Conservatives had leaked the video to Global News.