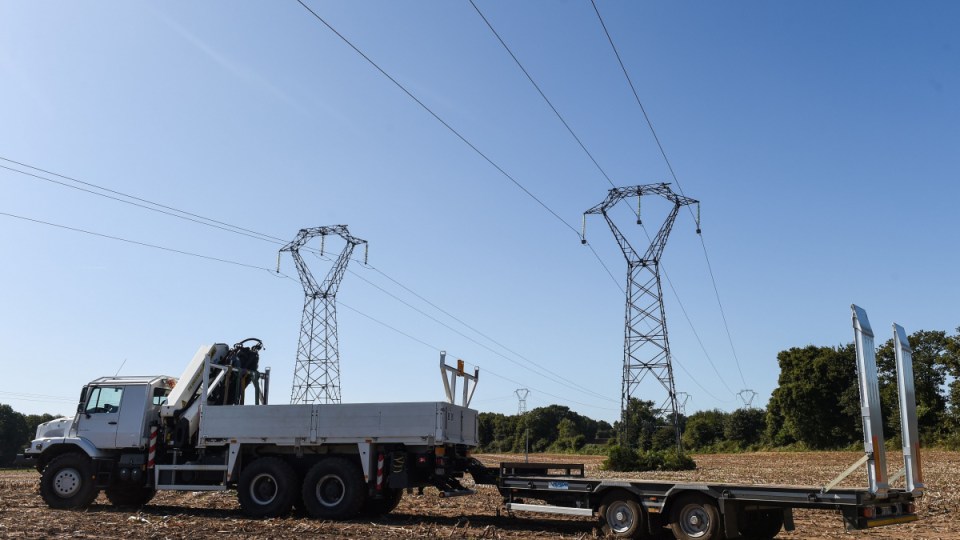 A fighter pilot has been rescued from power lines in France. Photo: Getty

A fighter pilot has been left dangling from power lines after crashing their F-16 in France.

The Belgian pilot was one of two people forced to eject from the plane in the skies over France’s Brittany region.

The second pilot managed to avoid the power lines, and instead negotiated a safe descent back out of the sky.

Fortunately no injuries have been reported as a result of the crash, but nearby homes were evacuated as emergency services attempt to bring their co,,unity

The F-16 fighter jet was travelling from Belgium to a naval air base in France when it came down between the towns of Pluvigner and Landaul in Britanny, according to a statement from the regional prefecture.

The plane itself was not armed, the statement said.

Local newspaper Le Telegramme showed images of the pilot hanging from the line, black smoke and flames rising from the area and a house it said was damaged in the crash.

A national police spokeswoman said no injuries were reported among residents in the area. She said about 100 police have surrounded the crash site and are investigating what happened.

The incident marks the second time this year that a $40 million F-16 has gone down over civilian territory.

In May, an F-16 crashed into a commercial building in Southern California during what was supposed to be a routine training exercise.

No injuries were reported in that crash either, with the pilot of the downed plane also managing to eject safely.

The crash reportedly triggered a small fire in the military installation, located in Riverside County, California.

Footage captured from a nearby freeway shows the plane moments before it made contact with the warehouse roof.

The planes are also at the centre of the US’s ongoing feud with China, after US President Donald Trump agreed to the $8 billion sale of 66 machines to Taiwan.