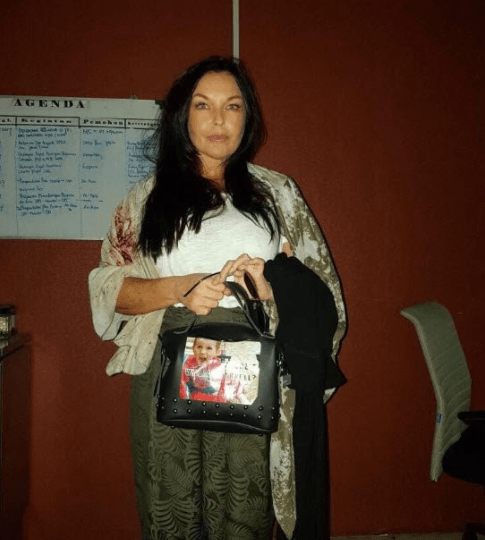 An image taken of Schapelle Corby by Indonesian authorities before she was deported to Australia. Photo: Twitter/7News

For decades Australians have made Bali their home away from home, soaking up the sun and surf that made this Indonesian island an exotic destination – while pumping much needed dollars into the local economy.

But among them are the Bali-bound bogans who are making more than a nuisance of themselves and dominating local headlines for crimes and misdemeanours that range from trafficking in drugs to fraud and outrageous drunken escapades.

Their antics are more mundane than the infamous Bali Nine or Schapelle Corby drug traffickers but have still prompted Balinese governor I Wayan Koster to seek stricter laws to curb bad behaviour and enable “disrespectful tourists” to be “sent back home”.

The latest Australian to make the police blotter pages of Bali’s cheaply produced news sheets and online outlets was Michael Gregory Franklin detained after he ‘went Berserk’ in the La Favela night club, resulting in a brawl and him kicking down a row of motorbikes.

Nicholas Carr, an apprentice builder from Adelaide, made international headlines when he fly-kicked a man off his motorbike after a cocktail-induced binge resulted in allegations of assault and smashed windows.”

I have drunk until I have blacked out but I have never done this before, ever,” he said.

He has since apologised and reached a “peace agreement” with those offended but could still face two years and eight months in jail.

Then there’s the pathetic, like Matthew Richard Woods, who faces up to seven years behind bars for allegedly snatching a purse from a Canadian tourist while riding pillion on a motorbike.

Police here like to parade the accused in prison orange overalls before the media, and according to one report, it was then that “Woods cowered under a desk, appearing to cry”.

And there’s Tori Ann Lyla Hunter, a self proclaimed model and “social influencer” who nobody had heard of until she claimed she was being extorted by the police to the tune of $A39,482.

Locally she is now known as the “unknown celebrity” after she was detained for bringing prescribed drugs into the country without a doctor’s certificate.

Perhaps hoping for sympathy and cash, Hunter launched a GoFundMe campaign online in an attempt to pay her legal bills but the pages were deleted after her own lawyers rejected the extortion claim.

About 1.2 million Australians travel to Bali every year and according to the latest data are expected to again become Bali’s number one source of foreign tourists, ending a two-year hold on the title by Chinese.

And some are simply involved in genuine accidents. Susan Leslie O’Brien was detained after the car she was driving allegedly collided with a motorcyclist, who died. Perhaps indicating that the courts are increasingly fed up with foreigners who do test local laws, Ryan Scott Williams was jailed for five years for possession of 43.15 grams of home-made cocaine.

State prosecutors had only asked for 15 months. The judge was not swayed by Williams who justified construction of a cocaine processing lab at home because be needed pain relief from an injured leg. He declined to appeal, fearing the death sentence.

Nor is injury likely to help well-known Darwin man Tony Haritos who was rescued in Indonesian waters after severely injuring his back on his broken-down boat. A routine search found 0.06 grams of methamphetamines near and under his bed. Police were told Haritos had allegedly bought the drugs in Bali to “self-medicate”.

He was charged with drug offences and moved to a Bali hospital. Another Australian man known only by the initials R.O.M. was arrested for not paying a restaurant bill, then lying on the road and urinating into the air. Described by the Sanur Weekly as “obviously drunk”, local police added he may have consumed magic mushrooms, a class 1 narcotic.

Embarrassment among Balinese is heightened by the proliferation of online media.

In May, a video of at least five Australian men running naked through the streets, insulting locals, vomiting and urinating in public, gained fame online. Locals branded the five stupid and idiotic as their tour guide loaded footage of their rampage onto Snapchat.

Obviously, Australians are not the only nationality among the badly behaved. Stricter laws were called for by the governor after a video of a Czech couple bathing in holy water at a Hindu temple – including her “private parts” – went viral online.

But Australians were on the governor’s mind. “In the near future we will make a regulation to take firm action against tourists that commit ethical violations or offend the norm in Bali. We will send them back home,” Koster said. “This is not only for Australian tourists. This is for all tourists, wherever they come from.”