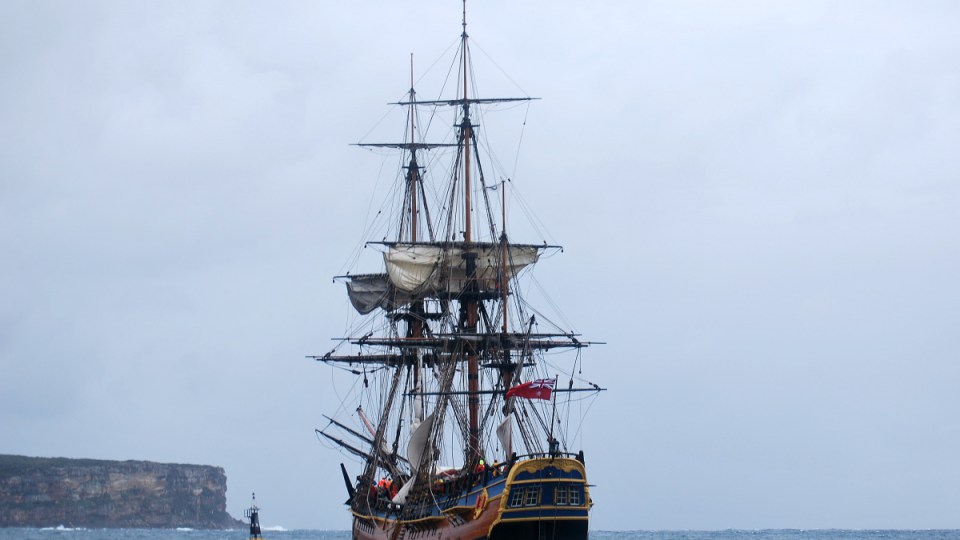 Maori groups in far north New Zealand have banned a replica of Captain Cook’s vessel Endeavour from docking for a historical commemoration.

The replica of the British explorer’s boat drew the ire of the Ngati Kahu iwi (tribe) in New Zealand’s Northland region, who say they were not consulted on the planned visit.

The Australian-built vessel’s journey is part of the “Tuia 250 Voyage,” a series of events in October to commemorate the 250th anniversary of the first encounter between the indigenous Maori people and European colonists.

The events are intended to acknowledge the first interactions between local Maori communities and Cook’s fleet off the coast of New Zealand between 1769-70.

But Anahera Herbert-Graves, the head of the Ngati Kahu iwi, described Cook as a “barbarian” and opposes the replica Endeavour’s visit.

“Wherever he went, like most people of the time of imperial expansion, there were murders, there were abductions, there were rapes, and just a lot of bad outcomes for the indigenous people,” she told Radio New Zealand on Tuesday.

“He didn’t discover anything down here, and we object to Tuia 250 using euphemisms like ‘encounters’ and ‘meetings’ to disguise what were actually invasions.”

Tamsin Evans, deputy chief of the Ministry for Culture and Heritage, said the government acknowledged that in the past the recording and teaching of New Zealand’s history had been unbalanced.

She said that Tuia 250 was an opportunity to take a richer, more robust and honest look at New Zealand’s history, adding that they “aim to balance the story of the first encounters.”

The Endeavour replica will be accompanied by three traditional waka hourua (double-hulled canoes) on its two-month tour around New Zealand.

“We want to empower communities to share all the origin stories of their regions, giving voice to seldom-heard accounts of our past – both painful and remarkable,” Evans said.

The programme suffered an earlier setback after it was discovered personal identification documents provided by Tuia 250 Voyage Trainee applicants were made available to third parties online.

Documents including passports and birth certificates were “accessed and copied by third parties” from as far back as June until the end of August.

“All personal information has now been removed from the Tuia 250 website and we are continuing to work on ensuring it is not available anywhere else,” the Ministry of Culture and Heritage wrote in  a statement.

“The Tuia 250 website has been shut down. A cross-government support group has been formed to offer support to those affected. An external review will take place to see what went wrong in this case and ensure that the Ministry’s processes are robust.”