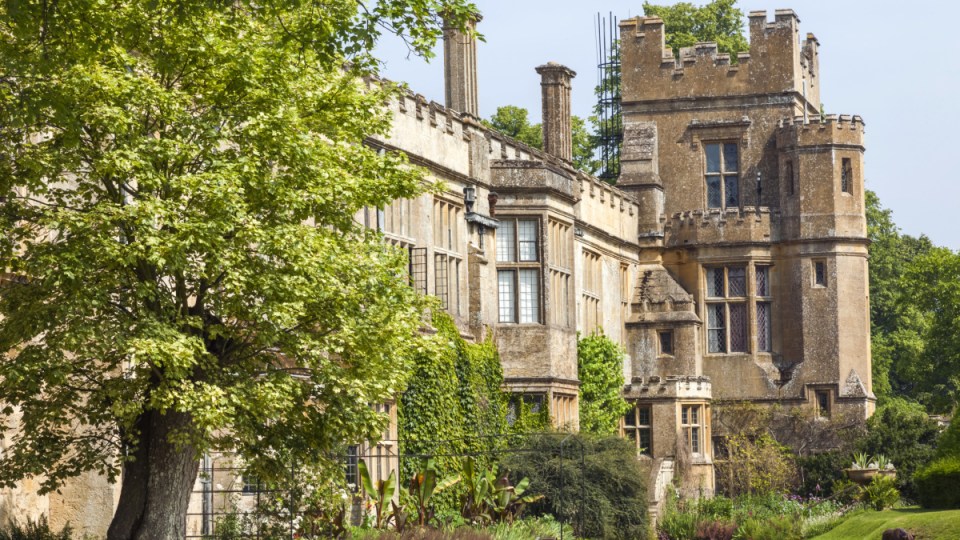 Sudeley Castle, where jewellery and other items were stolen days before a gold toilet was nabbed from Blenheim Palace. Photo: Getty

British police are investigating the mysterious theft of precious artefacts from another stately home – less than a week before an 18-carat gold toilet was stolen from Blenheim Palace.

Police say they are “open-minded” about any links between the theft of the 25-kilogram toilet and a raid on Sudeley Castle in Gloucestershire, just 48 kilometres away.

Jewellery and artefacts – including precious items given by King Edward VII to his mistress – were stolen from Sudeley early on September 8, after thieves forced their way into the castle’s exhibition area.

Four burglars were captured on CCTV approaching the property with a chair, sledgehammer and large garden or builder’s bag.

A £10,000 reward is being offered for the safe return of antiques stolen from Sudeley Castle in Gloucestershire.

A gold cigarette case and Cartier watch were among the items stolen last Sunday – they've been called "priceless" for their historical importance. #HeartNews pic.twitter.com/qiuawWGDS0

They smashed a display case and left in a four-wheel drive that had been parked nearby.

“This burglary happened under cover of darkness, but it is still possible that someone may have witnessed suspicious behaviour at or near the property in the hours leading up to it or afterwards, and may be able to help us identify the offenders,” Detective Superintendent Steve Bean of Gloucestershire police told local media.

“Clearly the stolen items are very distinctive and have a great deal of historical, as well as financial, value.

“They should be easy to identify and if anyone is aware of them being offered for sale I would urge them to report it to police as soon as possible.”

Only six days later, the $1.8 million gold toilet was stolen from Blenheim Palace, the birthplace of Britain’s wartime leader Winston Churchill. It had been installed there as part of an art exhibition.

Police initially arrested a 66-year-old man in connection with the toilet theft. He has since been released on bail.

So far, there has been no sign of the toilet.

Sudeley Castle’s owner, Lady Ashcombe, said she was saddened to learn of the burglary.

“There were beautiful artefacts on display for everyone to enjoy and were very precious to me personally.”

The stolen property includes a Faberge gold cigarette case set with diamonds, an engraved Cartier watch, a gold 18th century box with a miniature of Edward VII set in diamonds, and several other treasures.

The collection was created by Lady Ashcombe’s husband, the late Lord Ashcombe. He was the grandson of Alice Keppel, who became the mistress of Edward, Prince of Wales.

The 15th-century castle is the only private castle in England to have a queen buried in the grounds. Queen Katherine Parr, the last wife of King Henry VIII, lived and died at Sudeley.

The castle is also known for its nine gardens and is sometimes used for high-profile events. Actress Elizabeth Hurley married Indian textile heir Arun Nayar in the private chapel there in 2007 (the couple divorced in 2011).