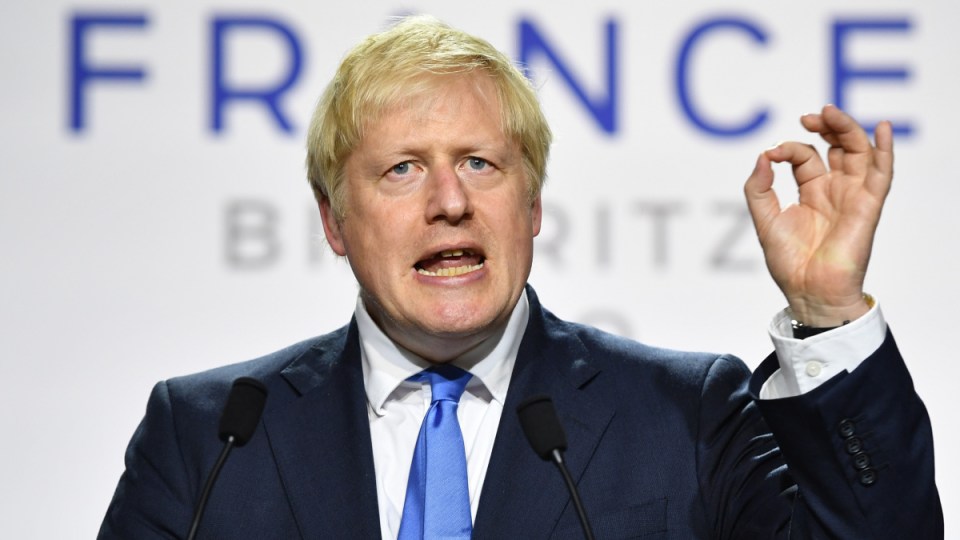 One way or another Boris Johnson is pledged to quit Europe. Photo: Getty

Britain will break out of the European Union’s “manacles” like The Incredible Hulk if a Brexit deal cannot be struck by the end of next month, Boris Johnson says.

The defiant Prime Minister repeated his vow to take the UK out of the bloc on October 31 – suggesting he could ignore legislation designed to prevent a no-deal in order to fulfil his promise.

And while his hang-tough attitude won’t win many friends on the Continent it is striking a cord with British voters, with the Opinium lkatest survey suggesting the Conservatives have increased their lead to 12 points above Labour.

In an interview with the Mail On Sunday, Johnson – who will meet European Commission president Jean-Claude Juncker in Luxembourg this week – likened Britain to the fictional scientist Bruce Banner, who transforms into the monstrous green Hulk when he is angry in the Marvel superhero comics and movies.

“Banner might be bound in manacles, but when provoked he would explode out of them…

“Hulk always escaped, no matter how tightly bound in he seemed to be – and that is the case for this country. We will come out on October 31 and we will get it done.”

Mr Johnson struck a confident tone on reaching a Brexit deal, telling the paper he thinks “we will get there” and that a “huge amount of progress is being made”.

However, Downing Street has cautioned that Monday’s meetings will not be a “big breakthrough” moment in the government’s bid to strike a deal with Brussels.

It came as research by Opinium suggested the Conservatives have increased their poll lead to 12 points above Labour.

The pollsters put the Tories on 37 per cent, with Labour on 25 per cent, the Liberal Democrats on 16 per cent and the Brexit Party on 13 per cent.