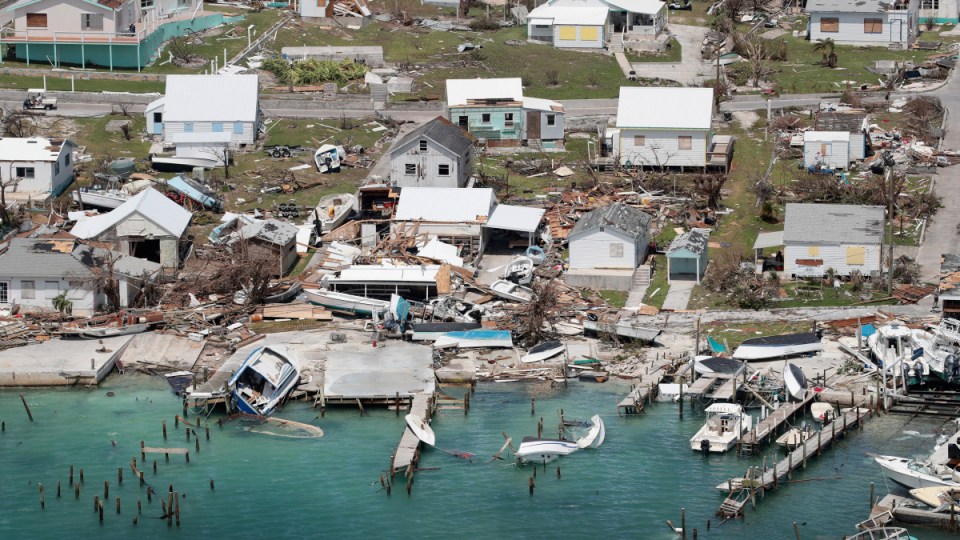 An aerial view of damage caused by Hurricane Dorian on Great Abaco Island, in the Bahamas. Photo: Getty

Bahamian officials say 2500 people have been registered as missing after the devastating Hurricane Dorian, a count they said may include people who have fled to shelters around the islands.

“This list has not yet been checked against government records of who are staying in shelters or who have been evacuated,” National Emergency Management Agency spokesman Carl Smith told a news conference on Wednesday. “The database processing is under way.”

Thousands of people are in shelters on the islands. Officials have confirmed 50 deaths caused by the September 1 storm but have warned that toll is likely to rise substantially.

Dorian slammed into the Bahamas over a week ago as one of the strongest Caribbean hurricanes on record, packing top sustained winds of 298 kilometres per hour.

Smith said more than 5000 people had evacuated to New Providence but that they had seen a “significant reduction” in the number of people asking to be evacuated.

Commercial flights to Abaco, one of the hardest-hit areas, will be resuming on Wednesday on a limited basis, officials said.

Bahamas: At least 2500 people registered as missing after Hurricane Dorian