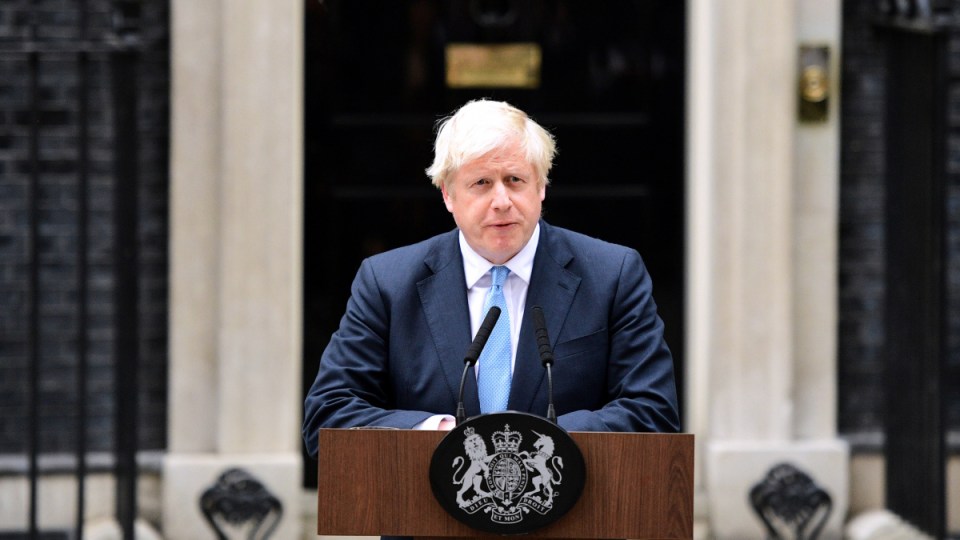 UK Prime Minister Boris Johnson is urging the European Union to find room to compromise to secure a Brexit deal after sending the EU the UK's final offer. Photo: Getty

British PM Boris Johnson has issued a final Brexit ultimatum to rebel MPs, warning he will force a snap election if they defy him in a crucial vote on Tuesday.

Mr Johnson has told his cabinet he will raise a motion for a general election on October 14 if MPs – including some from his own party – take the first steps towards passing legislation to block a no-deal Brexit this week.

Mr Johnson said he did not want an election, but progress with the European Union would be “impossible” if they won.

“Let’s get on with the people’s agenda.”

His latest threat comes as Tory rebels appear likely to join with Labour to bring a bill designed to stop Britain leaving the EU on October 31 without an agreement.

Mr Johnson’s promise to take Britain out of the EU at the end of October, with or without a divorce deal, has propelled the United Kingdom towards a constitutional crisis and a battle with the 27 other members of the bloc.

With the UK less than 60 days away from a possible no-deal exit, an alliance of opposition MPs is plotting with rebels in Mr Johnson’s Conservative Party to block a no-deal exit and force him to delay Brexit for three months.

In a thinly veiled warning, Johnson said he would never delay Brexit, which was postponed twice by his predecessor, Theresa May.

“There are no circumstances in which I will ask Brussels to delay. We are leaving on 31 October, no ifs or buts,” Mr Johnson said on Monday outside No.10 Downing Street.

His hastily organised statement was punctuated by chants from protesters at the gates of Downing Street, but the PM was unmoved.

“We will not accept any attempt to go back on our promises,” he said.

Mr Johnson, the face of the Vote Leave campaign in the 2016 referendum, added that if MPs voted to delay Brexit, they would “plainly chop the legs out from under the UK position and make any further negotiation absolutely impossible”.

His intervention is part of the political chess game over Brexit ahead of parliament’s return from its summer break on Tuesday.

In essence, Mr Johnson is warning parliament he will go for an election as early as October 14 if they defy him.

Rebels and opponents of the government say the Prime Minister is betting on an election that he will cast as being forced on him by opponents of Brexit in parliament.

MPs opposed to a no-deal Brexit will seek on Tuesday to take control of parliamentary time on Wednesday to pass legislation that would force Mr Johnson to seek a three-month delay to Brexit. If they defeat the government, Mr Johnson will then seek an election.

More than three years since the UK voted 52-48 per cent to leave the European Union, it is still unclear on what terms, or indeed whether, Brexit will take place.

After Mr Johnson’s enforcers warned rebels they would be kicked out of the party if they defied him, speculation mounted that he would call for an election just days before an EU summit due on October 17-18.

Under British law, two-thirds of MPs must support holding an early election, and Mr Johnson is not certain to get that backing.

An election would open up three main options: a Brexit-supporting government under Mr Johnson, a Labour government led by veteran socialist Jeremy Corbyn, or a hung parliament that could lead to a coalition or minority government of some kind.