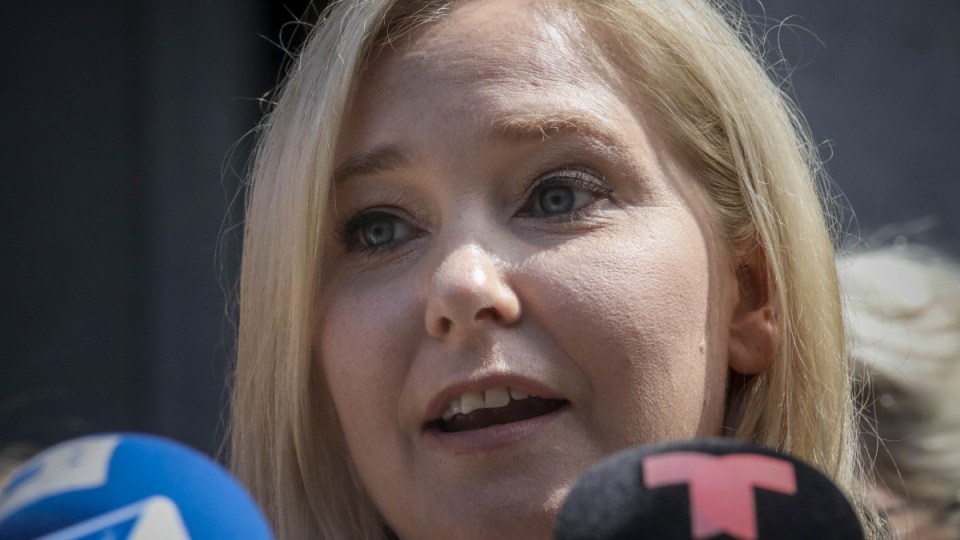 A woman who says she was Jeffrey Epstein’s “sex slave”, and forced to have sex with Prince Andrew as a teenager, has urged the British royal to “come clean”.

“I am a victim of Jeffrey Epstein and Ghislaine Maxwell (Epstein’s ex-girlfriend) and the dark and cruel criminal acts they committed against me – for years and years and years unstopped,” she said outside court on Tuesday (local time).

Since Epstein’s death, there have been several reports about his relationship with the Prince, including that the pair travelled together on Epstein’s private jet with teenager Virginia Roberts, now known as Giuffre.

Ms Giuffre also alleges in court papers in Florida that she was forced to have sex three times with Prince Andrew when she was aged 17, under the state’s age of consent.

Her allegations, which Andrew denies, were struck from US civil court records in 2015 after a judge said they were “immaterial and impertinent”.

The Duke of York, who is the Queen’s second son, has said that it was a “mistake” seeing Epstein, 66, after the American’s release from an 18-month prison term in 2010 for prostituting minors. The Prince maintains he never saw or suspected criminal behaviour while he was with Epstein.

Ms Giuffre was among 16 alleged victims of Epstein who spoke at a hearing in New York on Tuesday after a judge offered the accusers the opportunity to give statements. In court and outside it, they voiced their anger and defiance at being robbed of justice by Epstein’s August 10 suicide.

They also urged authorities to keep hunting other alleged perpetrators, with Sarah Ransome pleading: “Finish what you started. We all know he did not act alone.”

Alleged victim Chauntae Davies said she was hired by Epstein to give massages. She said she was raped the third or fourth time they met on his private island, and he continued to abuse her.

“I will not let him win in death,” Ms Davies defiantly told the court.

Another unnamed woman said she went to New York to become a model and was victimised by Epstein.

“I’m just angry that he’s not alive to have to pay the price for his actions,” she said.

Plaintiff Courtney Wild said Epstein was a “coward” who manipulated the justice system.

“I feel very angry and sad that justice has never been served in this case,” Ms Wild said.

The women – not all of whom identified themselves or spoke – were only a small representation of the many more alleged victims who did not make an appearance.

Lawyer Brad Edwards said: “I have in the courtroom today 15 victims I represent and have represented over the years. There are at least 20 more who didn’t make this hearing today.”

Mr Edwards said Epstein’s “untimely death” was “curious”, adding: “More so, it makes it absolutely impossible for the victims to ever get the day in court that they wanted, and to get full justice. That now can never happen.”

Epstein, who once counted US President Donald Trump and former president Bill Clinton as friends, was arrested on July 6 and pleaded not guilty to federal charges of sex trafficking involving dozens of girls as young as 14.

The 66-year-old was found dead on August 10 in his cell at the Metropolitan Correctional Centre in Lower Manhattan. An autopsy concluded that he killed himself.

At Tuesday’s hearing, Assistant US Attorney Maurene Comey said the law required the case be dismissed because Epstein was dead. But the government’s investigation was ongoing.

Epstein’s death has triggered investigations by the FBI, the US Department of Justice’s Office of Inspector General and the US Bureau of Prisons, which runs the detention facility.

His arrest came more than a decade after he avoided being prosecuted on similar federal charges in Florida by striking a deal that allowed him to plead guilty to state prostitution charges.

Just two days before his death, Epstein signed a will placing all of his property, worth more than $US577 million ($854 million), in a trust, according to a copy of the document seen by Reuters.