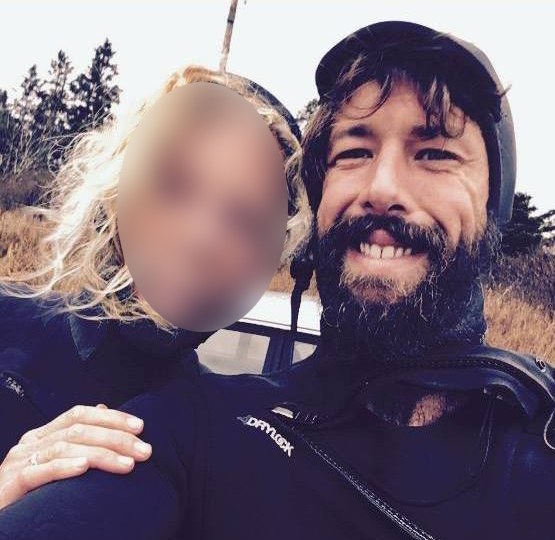 Sean McKinnon was allegedly killed while sleeping in a rented campervan with his Canadian fiancee. Photo: Facebook

New Zealand police are seeking witnesses who may have seen a hitchhiker near a small North Island town as they hunt for the gun used to murder Australian surfer Sean McKinnon.

Sean’s fiancee, Bianca Buckley had the shock of her life at about 2am on Friday when a gunman shot dead the 33-year-old Mr McKinnon before stealing their campervan near Raglan – a popular surf spot.

Alone and desperate for help, Bianca ran two kilometres barefoot to a nearby farmhouse to raise the alarm.

A 23-year-old man has been charged with murder after Mr McKinnon’s body was found in his campervan in the small town of Gordonton, about 60 kilometres away, at 8am on Friday

Waikato police said on Sunday they were still looking for the gun used in the attack and they are working to return Mr McKinnon’s body to his family.

Police are urging anyone who may have spotted a hitchhiker around Gordonton or at nearby Whitikahu during the day on Friday to contact them.

The accused, whose identity has been suppressed, appeared in the Hamilton District Court on Saturday charged with offences including murder, aggravated robbery and making threats to kill. He was remanded in custody.

A friend of the alleged killer has taken to social media to reveal the accused’s ‘struggles’, posting a public photo of him and the man standing side by side. “I witnessed your struggle brother …,” he wrote.

The accused, who is originally from the town of Te Aroha, had previously posted several photos of himself with his middle finger up –the most recent picture with the same gesture posted just under one month ago.

He also posted photos wearing a shirt with the words “Go get F—ed” printed on the back.

Outside court, Mr McKinnon’s sister, Emmeline, said “we just don’t know even how to begin to put life together without him”.

“The worst thing was telling my mother,” Ms McKinnon said.

She said her brother’s fiancee had been “amazingly resilient and strong”.

“I cannot even begin to understand what she’s gone through.”

Mr McKinnon grew up around Warrnambool in south-west Victoria.

Mr McKinnon’s alleged killer is expected back in court on August 27.