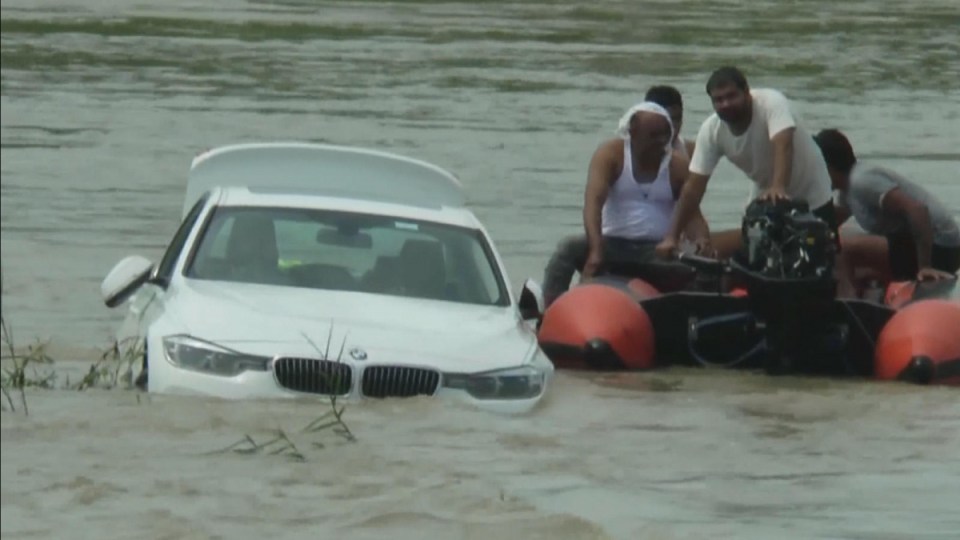 The submerged BMW after its owner allegedly drove it into a waterway because his demands for a Jaguar from his parents were not met. Photo: Supplied

Most people can only dream of one day owning a BMW, let alone a Jaguar.

So it’s fair to say one particular driver will not be drumming much sympathy after apparently sinking his luxury ride, purchased as a birthday gift by his parents, because it was “too small”.

The Times of India reports a 22-year-old man in the northern Indian state of Haryana dumped his BMW 3 series car in the Western Yamuna Canal after his father failed to purchase a more expensive Jaguar.

While seemingly not content with the initial act of defiance, the man – known only as Akash – then produced a video of the incident to deliver as proof to his parents.

However, it was also forwarded to social media, naturally.

Police have now opened an investigation into the alleged dumping, after the vehicle was dredged out of the river by an earth-moving machine.

“Akash was demanding a Jaguar car from his father, but when his father failed to buy him one, he threw away his car in a fit of anger,” police said.

“He had [received] a (Toyota) Innova from his in-laws, but his family sold it to buy him a BMW.”

However, Akash’s father has disputed the story, suggesting his son’s car fell into the waterway after his son made a defensive swerve to avoid hitting an antelope.